So did I find local alpaca in Ecuador? Yes, yes, and better than that! Closed to Rio Bamaba (and Calpi), in the indigenous village of Palacio Real, I found a community of 40 women, all spinners and knitters, who have set up hands together and run a beautiful shop where they sell their woollen products, knitted, crocheted and woven from mostly lama wool but also a little bit of sheep lambswool. 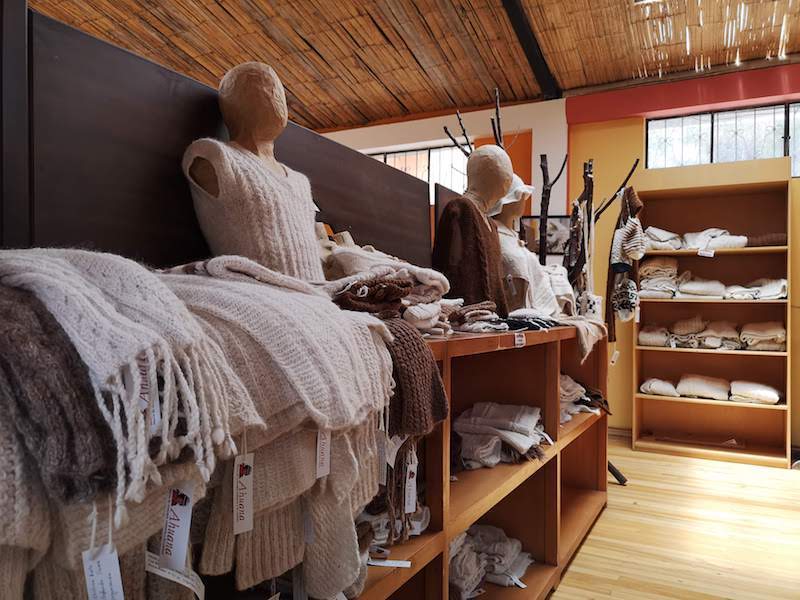 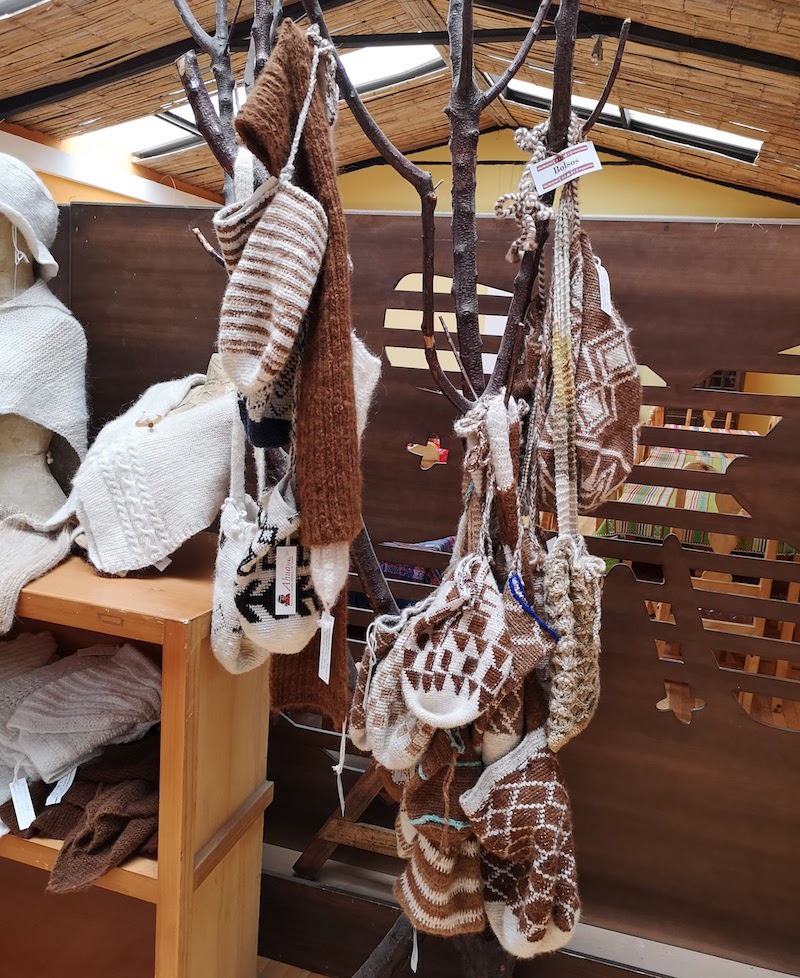 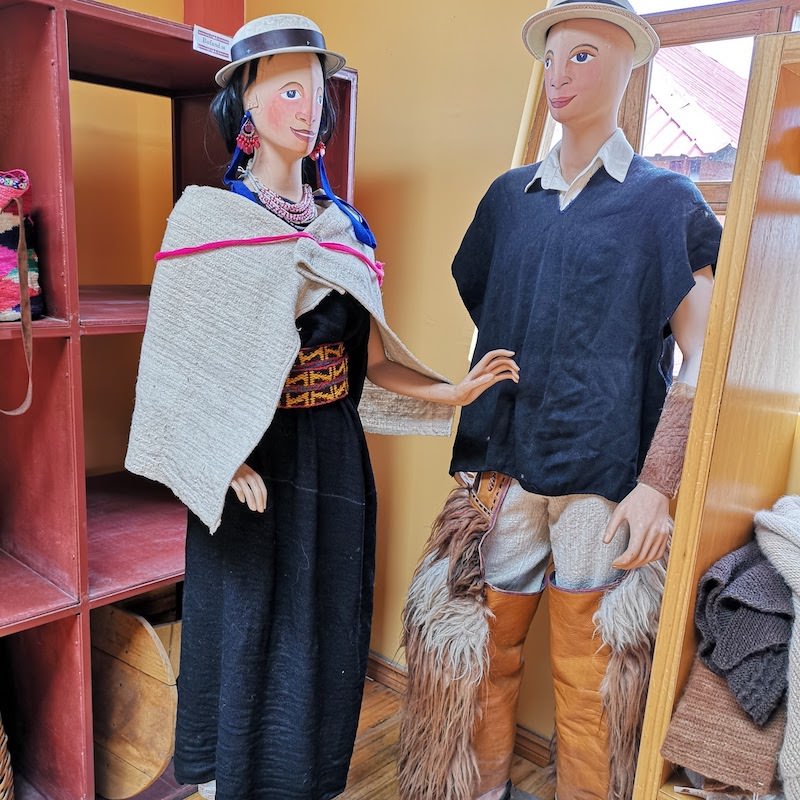 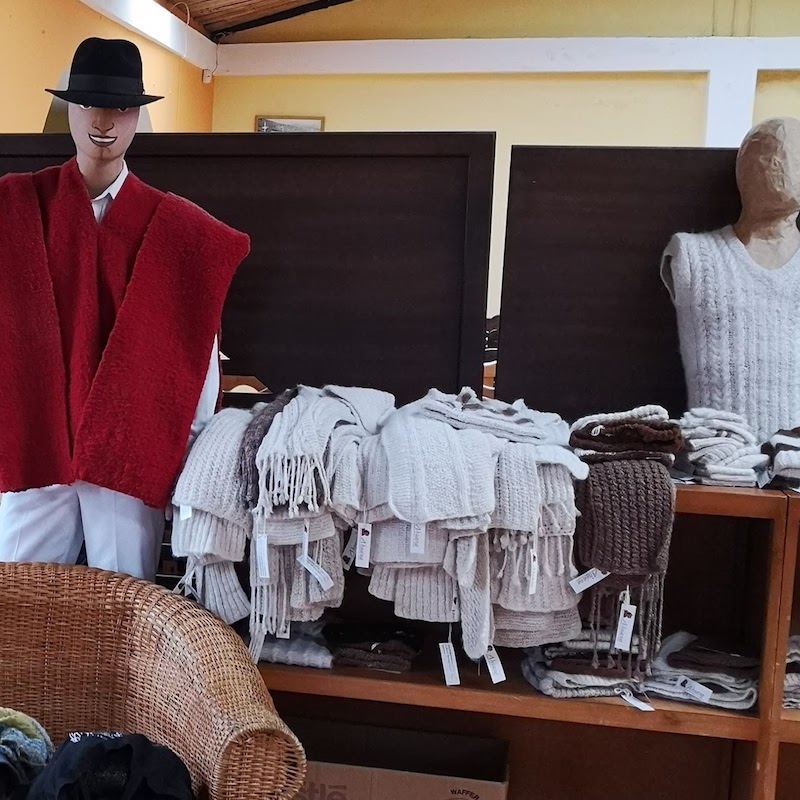 The community opened as well a little Museum about the lamas where you can learn about the special place this special animal has in the Ecuadorian and Andean culture. 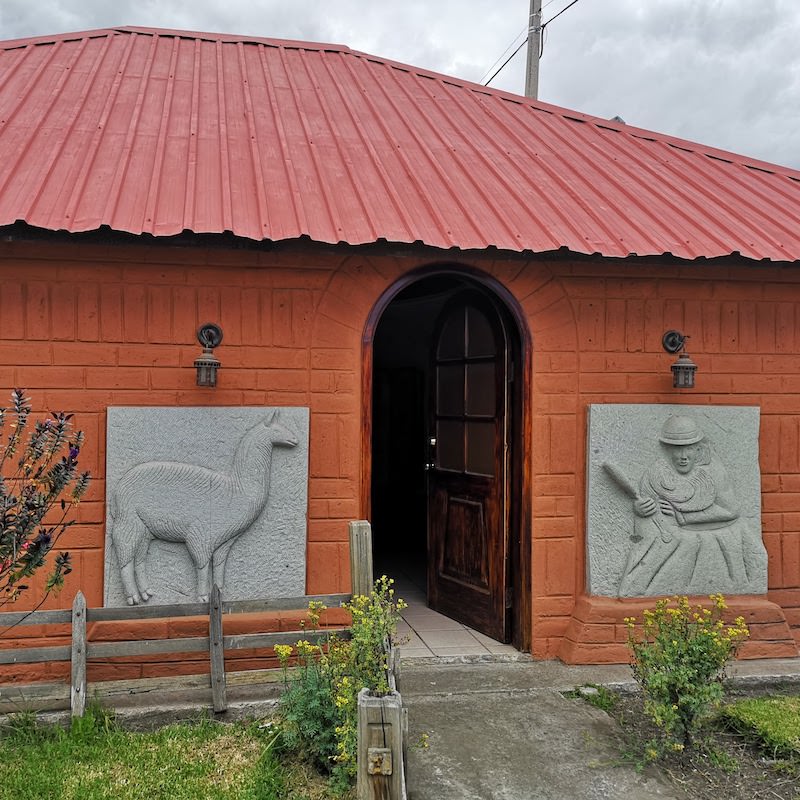 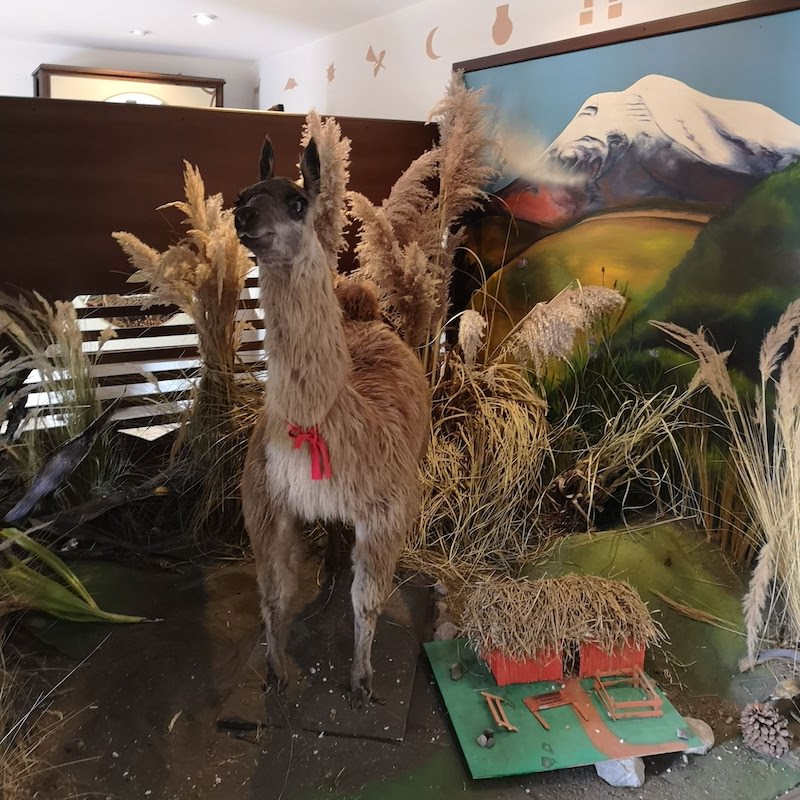 I was lucky enough to be hosted in the home of the lovely Rosario, a spinner and knitter herself. 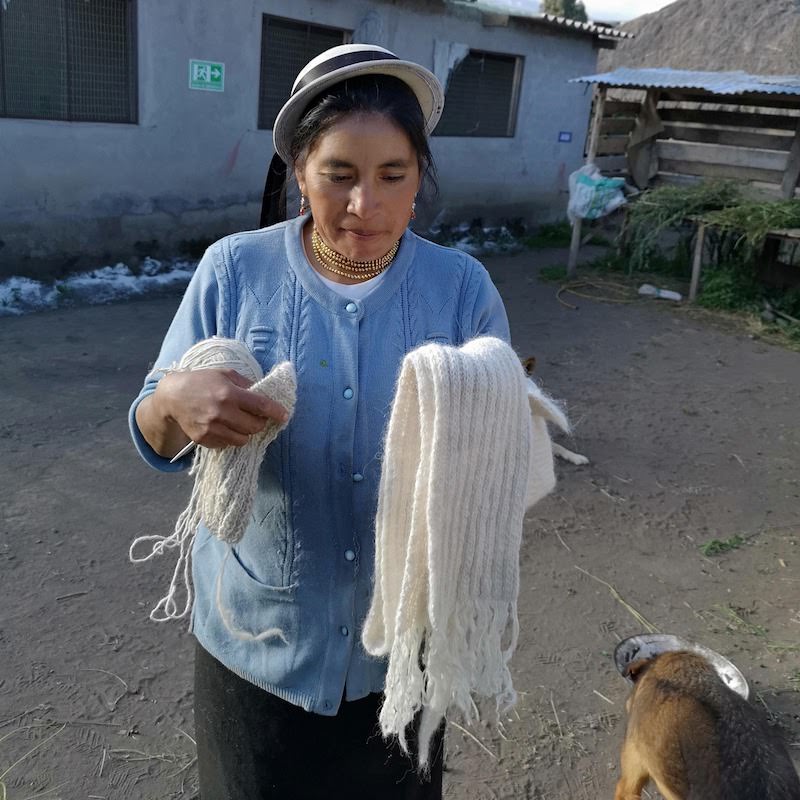 The women in the community work from home, using the wool from their own lamas and sheep. They do everything from the animal to the finished product, starting by caring for the animals.

Here is a little video of one of Rosario’s sister (she has three, all knitters, and her mum too!) getting her animals back from the fields for the night. 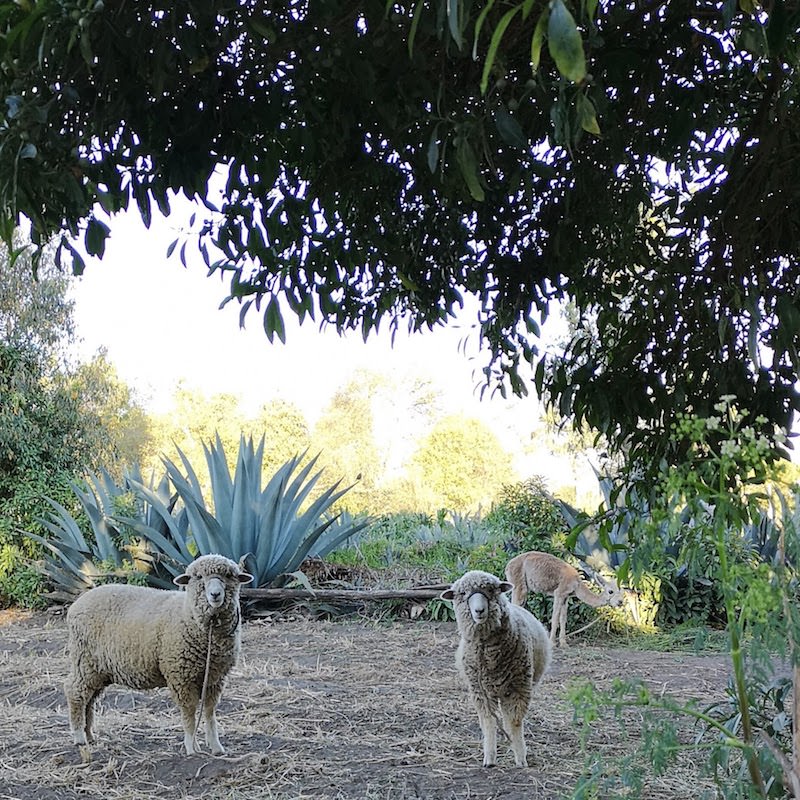 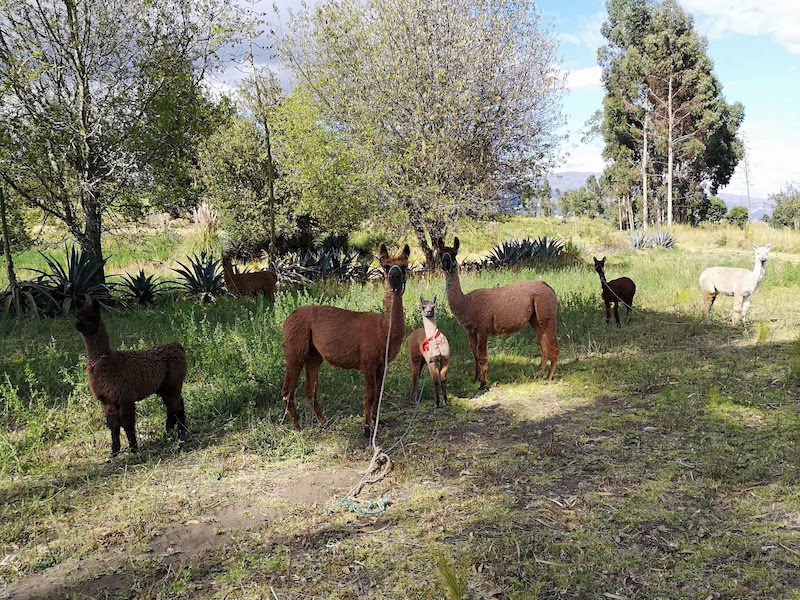 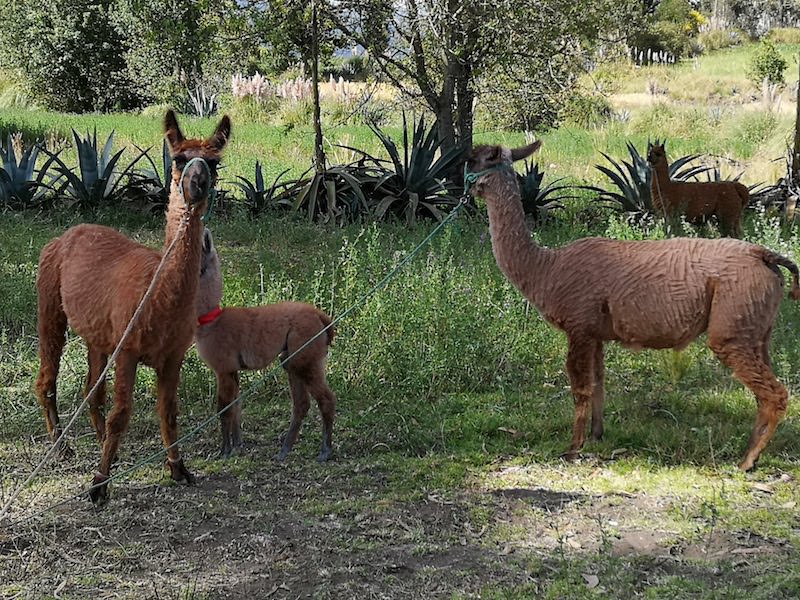 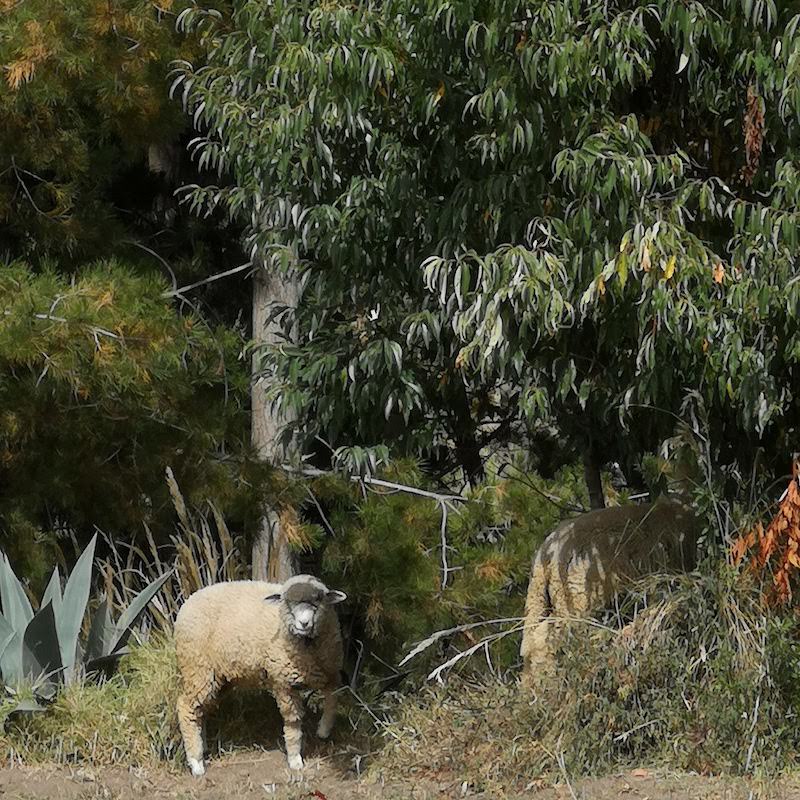 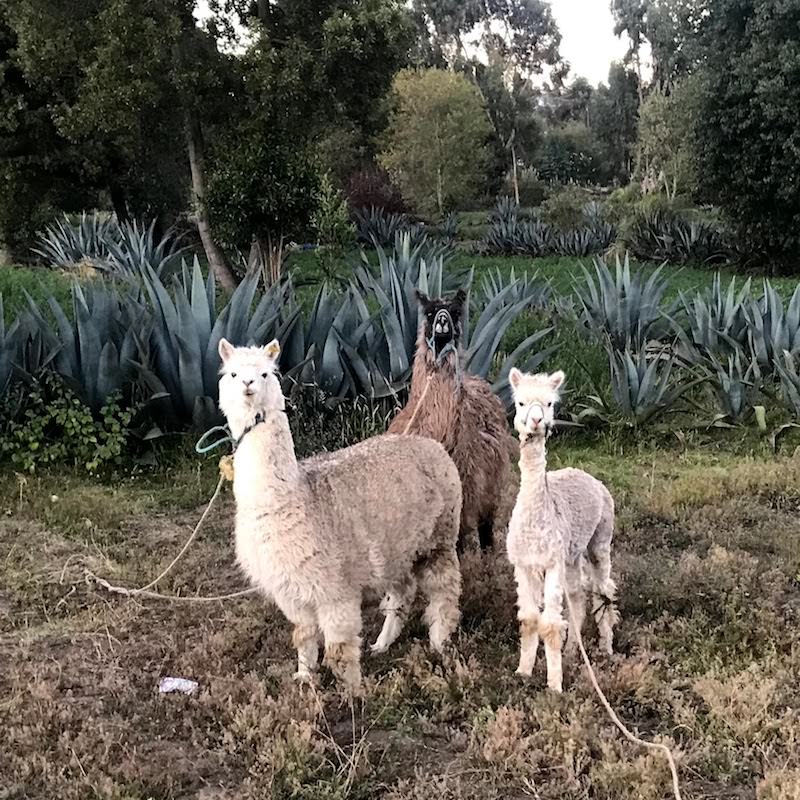 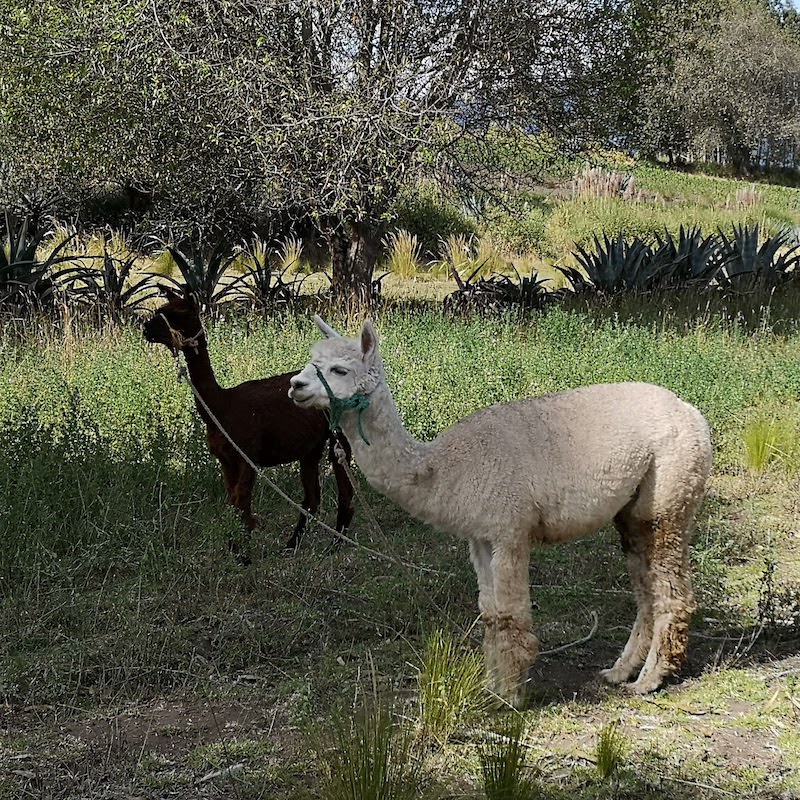 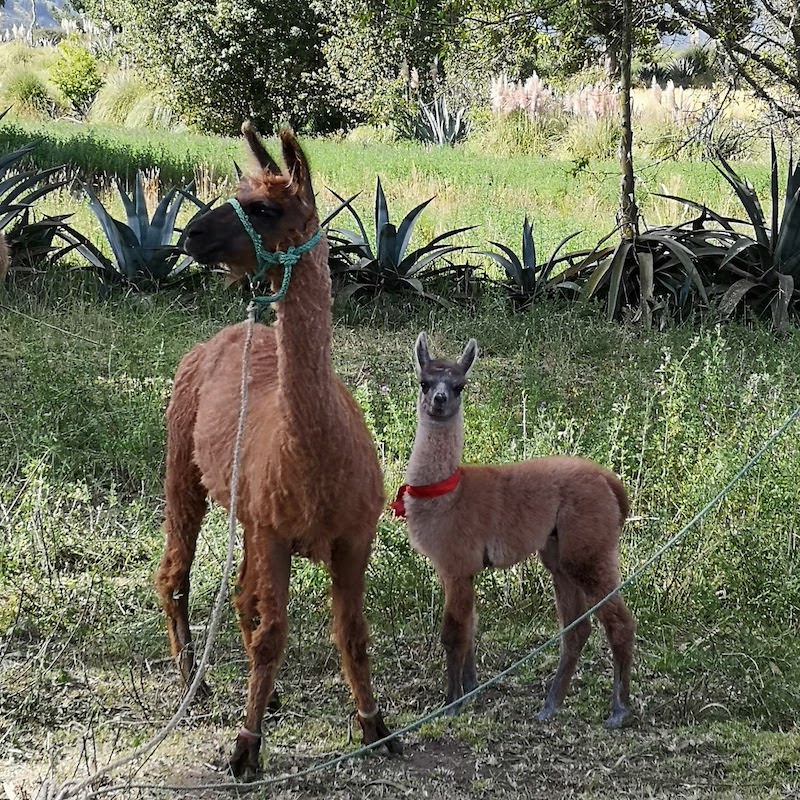 The women spin the wool into yarns (Aran and sport weight are the most common), using the traditional way: the “zigzi” (latin name: Cortadelia rudiuscula) serves as a spindle to spin lambswool and make all sorts of traditional clothing items such anacos (skirts), baize and ponchos. 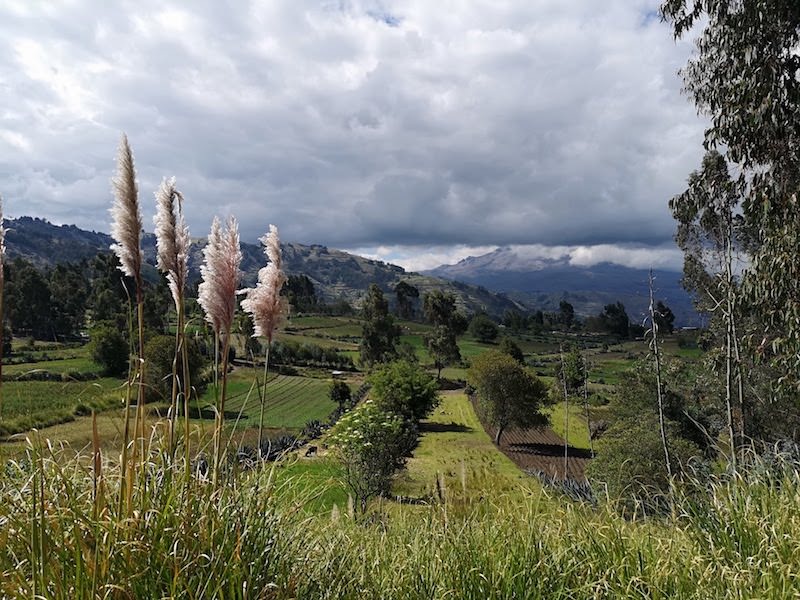 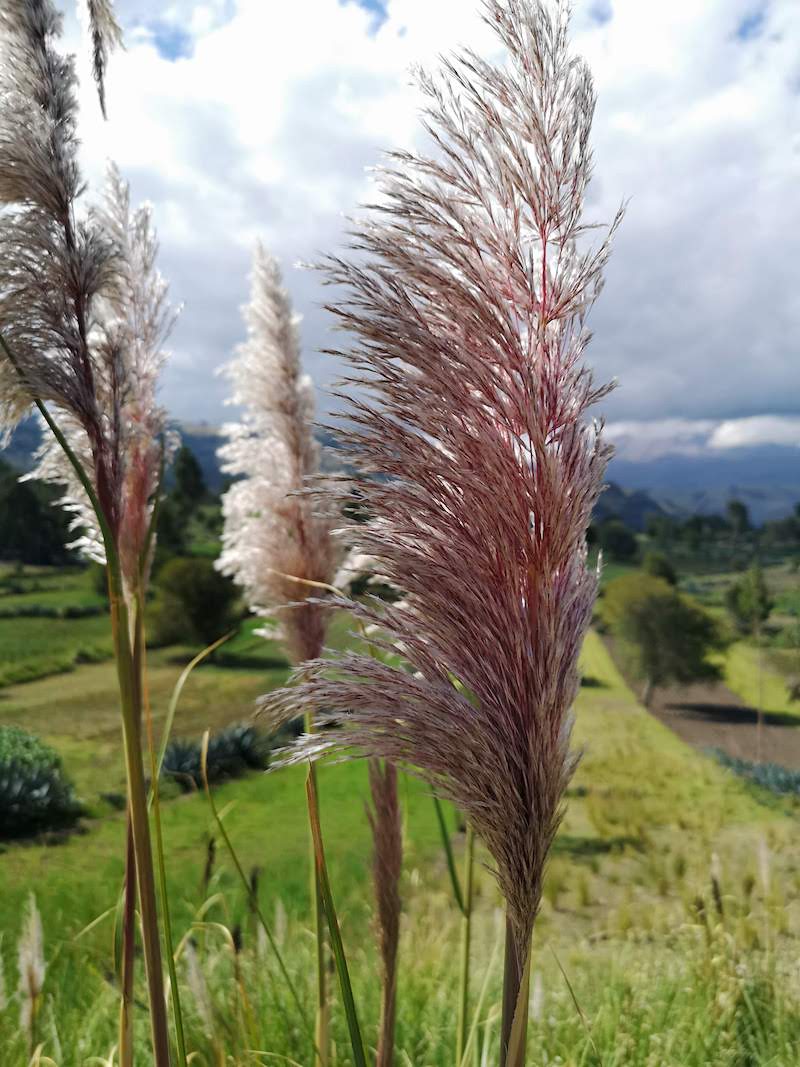 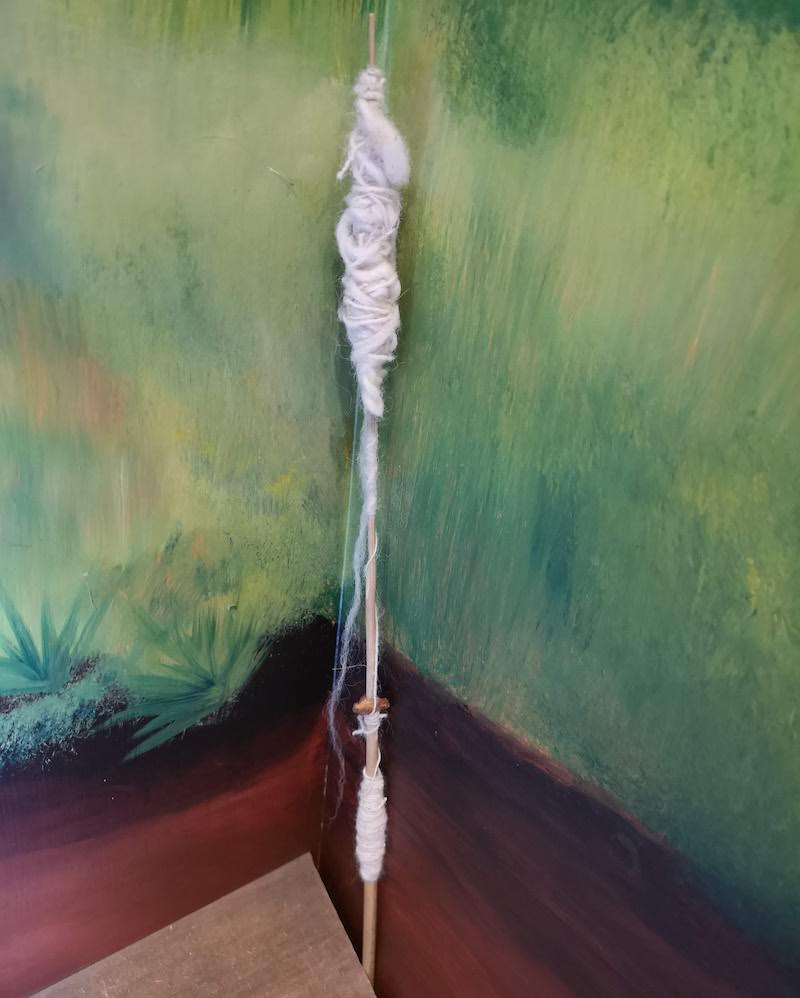 Rosario’s other sister kindly made a demonstration for me. 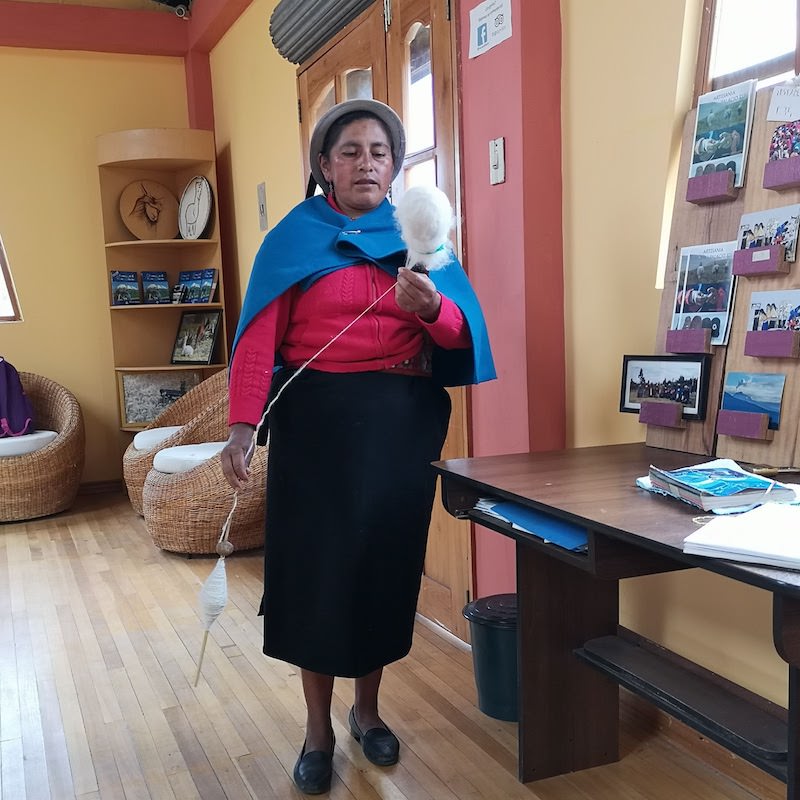 The yarn is then worked for the shop into beautiful items with a modern aesthetic, many ponchos, cowls, scarves and hats. 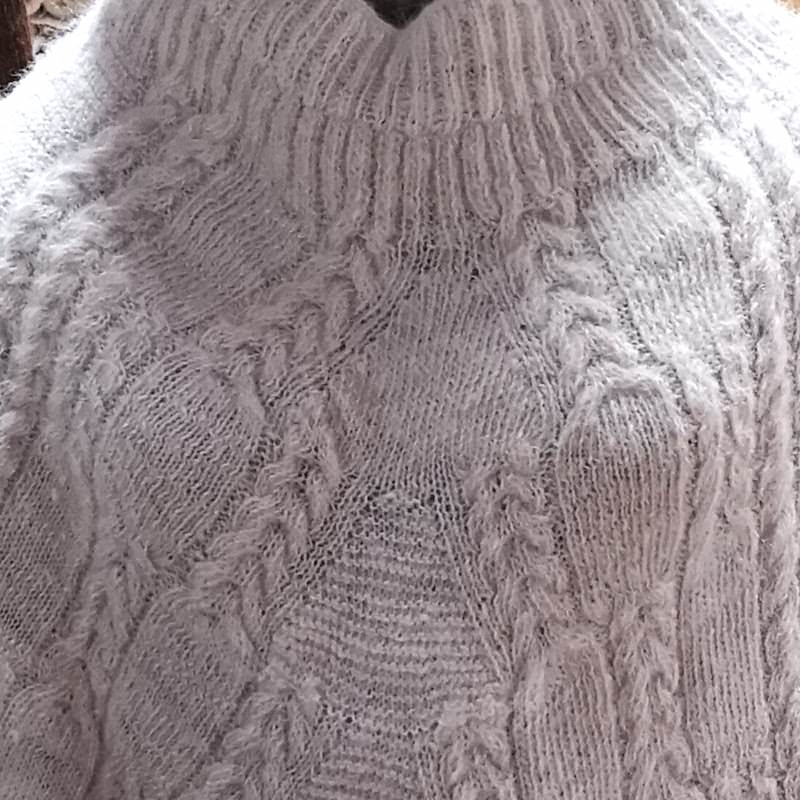 The women often seek inspiration for motifs in local plants with a lot of intricate cables and lace motifs: of course, as often with knitting, you will find those motifs in other countries and traditions under different names and used possibly in different contexts. 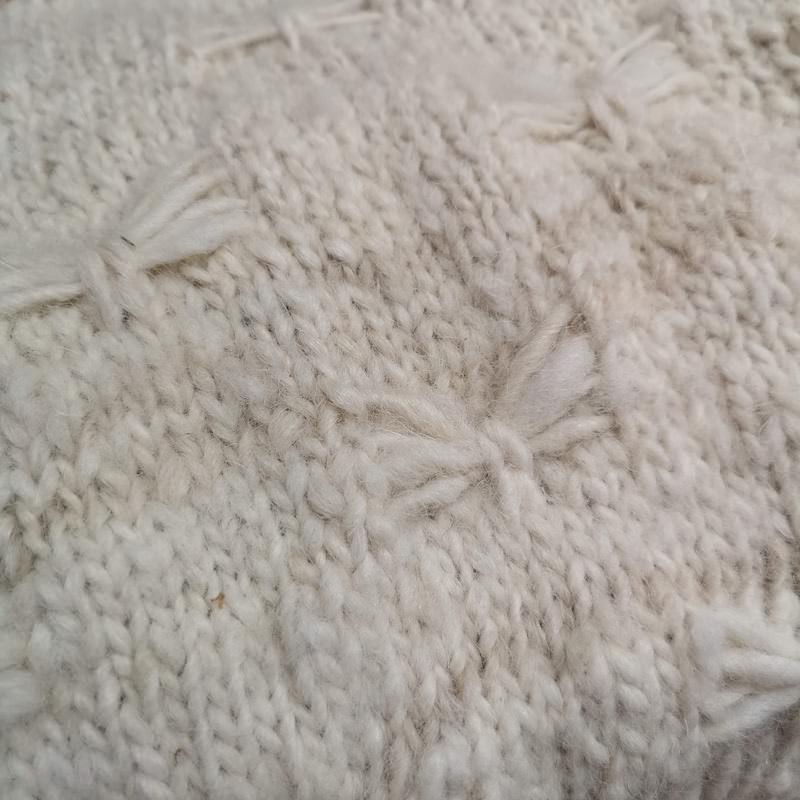 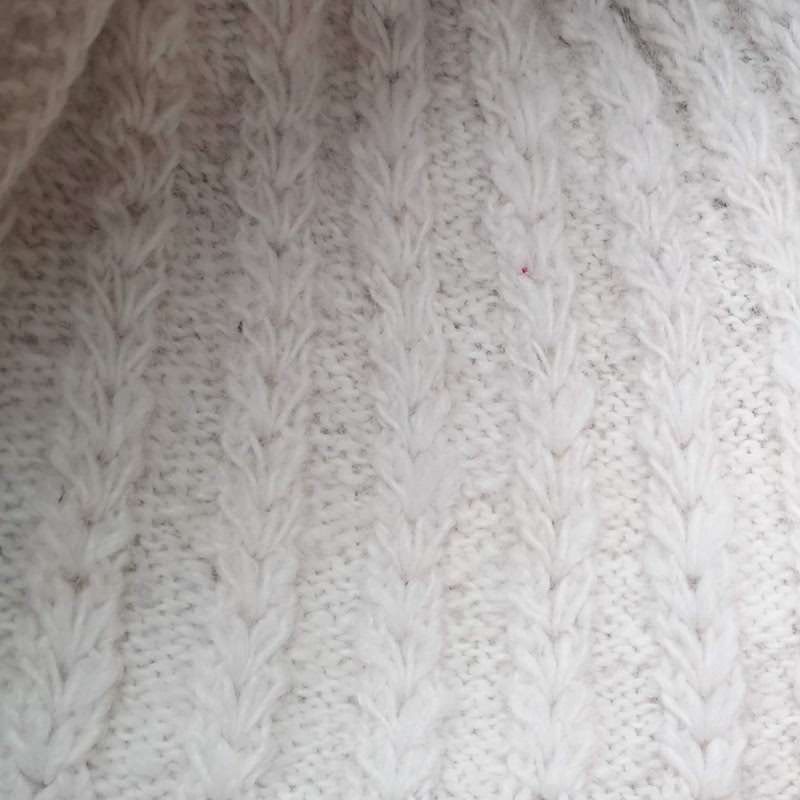 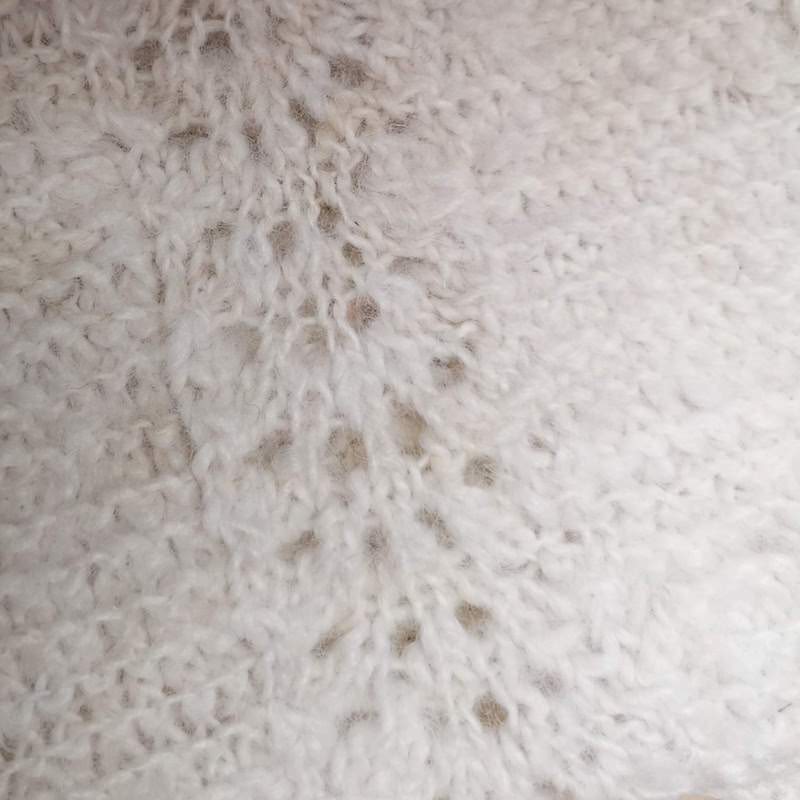 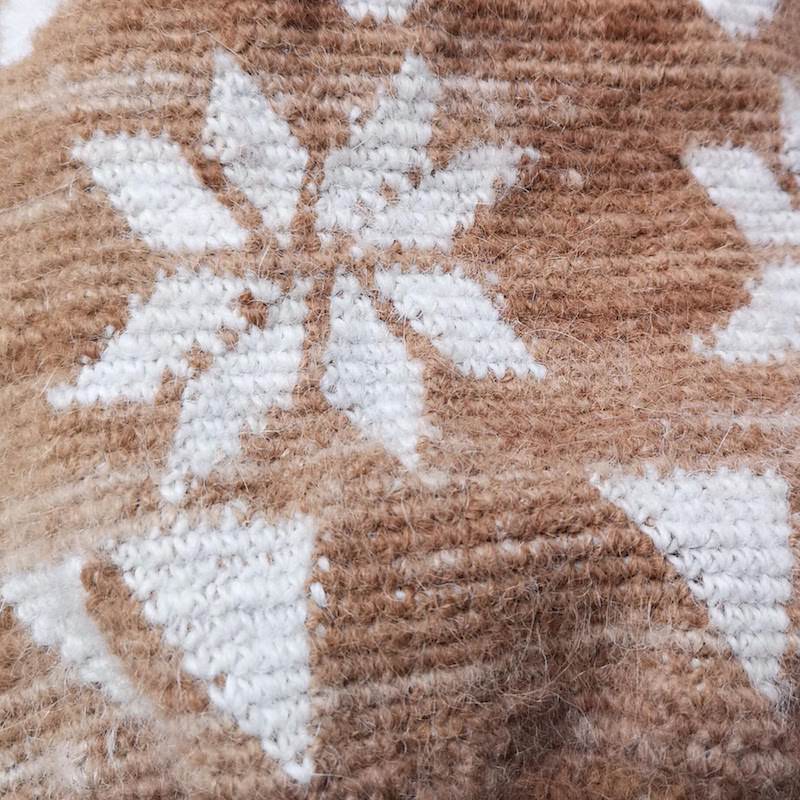 The stranded knitting I saw was done with trapping the floats. 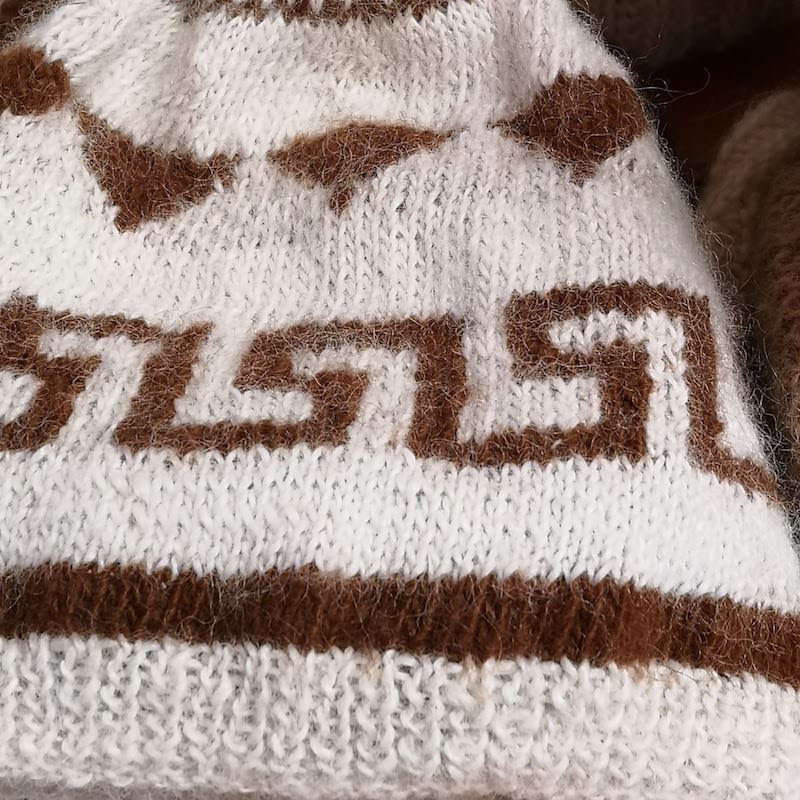 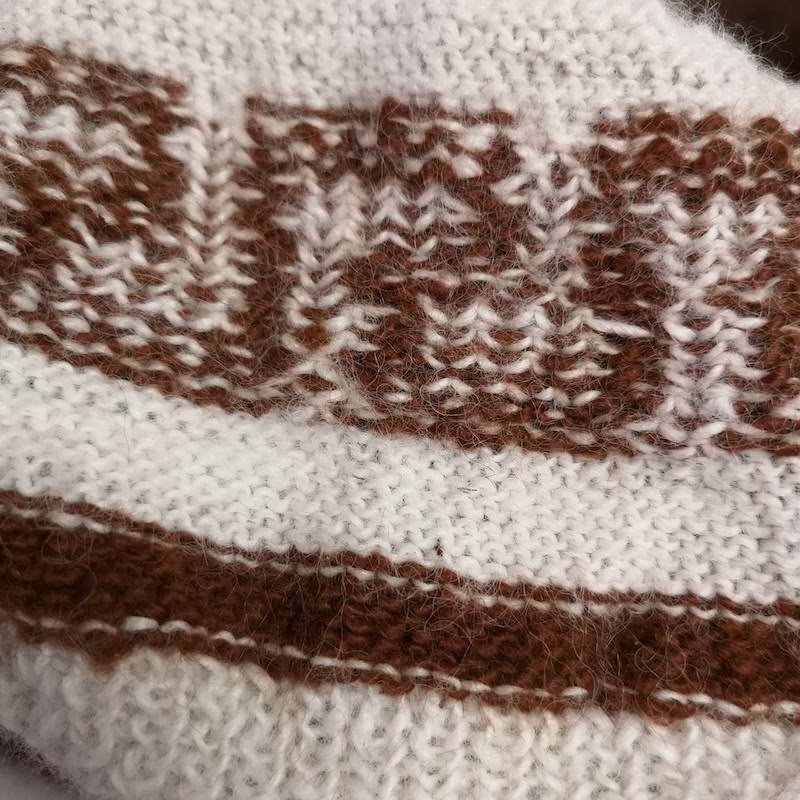 They are continental knitters like in Iceland (picking the yarn on their left hand) and today use mostly circular needles. 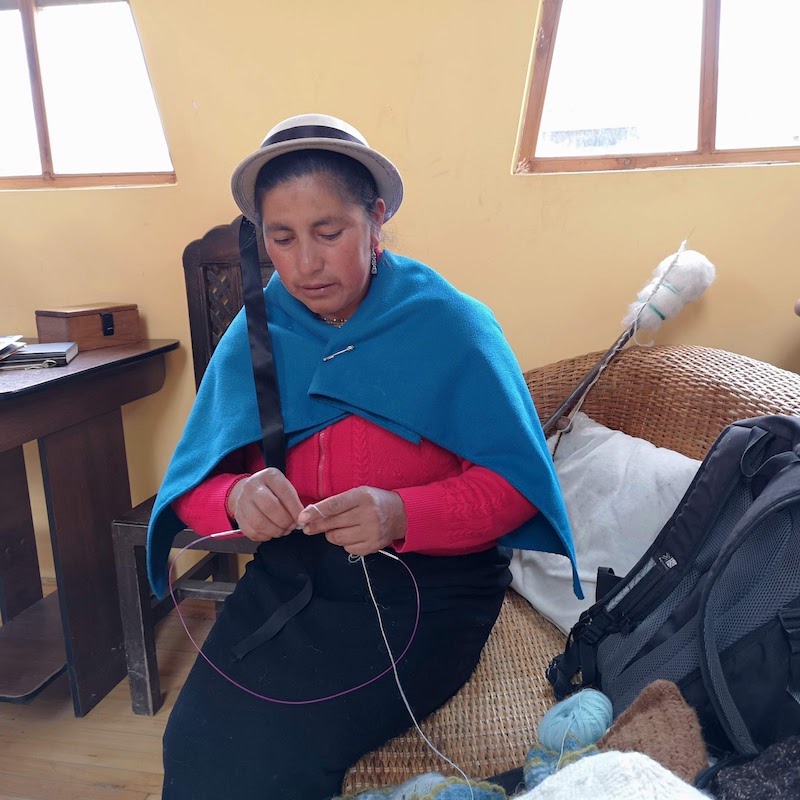 Using circular needles but not necessarily knitting in the round, like this simple working hat knitted by Rosario for her husband, back and forth and sewn. 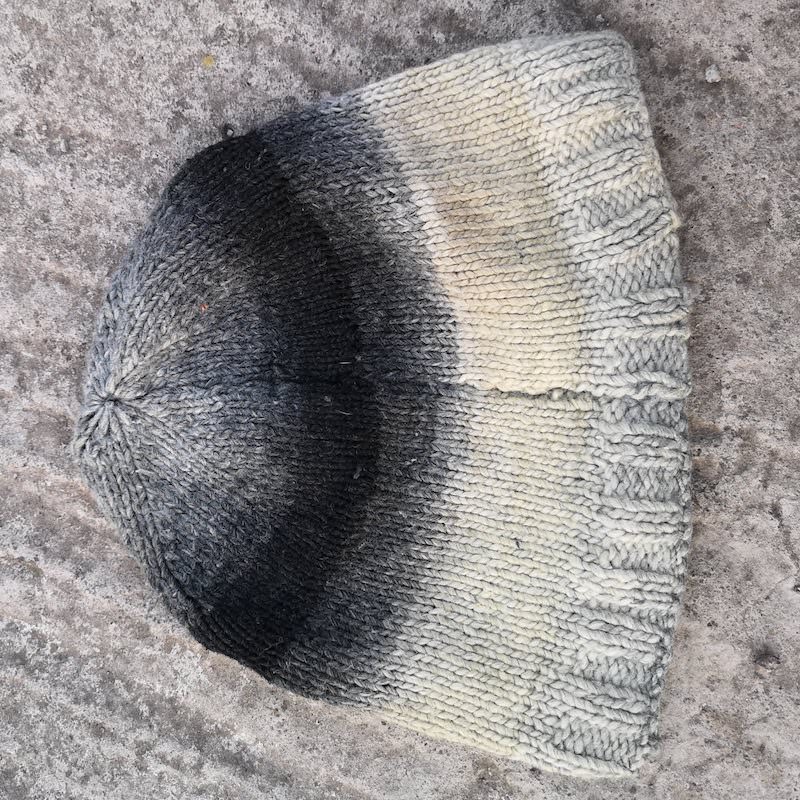 But look at this beautiful natural gradient!

But not all colors were natural lama colors though, and I was very impressed by the intensity of the plant dyed ones. To find out more about them, see part 3 of my trip to Ecuador next Monday!

As for the name of the village, Palacio Real, in quechoua Sumak Kawsay, it comes from the fact that, after having spent the night in the area (the villa is now closed to the public), the famous liberator Simon Bolivar said that he had slept there like in is own palace!