If my very fine Love Story yarn is the base for my Icelandic lambswool yarns, Grýla, Gilitrutt and Katla yarns also have in common that they are named after famous Icelandic female trolls (a troll is a giant in Icelandic). I´ve already posted about the awful Grýla here and told you the tale of Gilitrutt there. And now, here is the tale of Katla who gave its name to the latest addition to my range: Katla Sokkaband (Katla sock yarn). 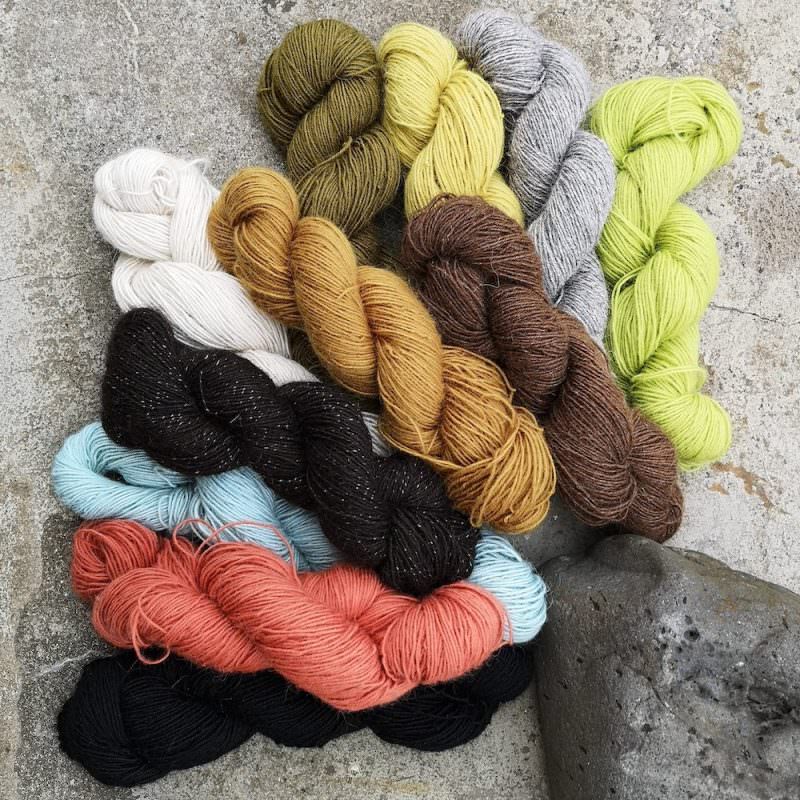 “Once, in Þykkvabæjarklaustur* monastery in the locality of Álftaver, there was an abbot who had a housekeeper called Katla. She was a large, bad-tempered woman. Rumour had it that Katla was a witch. In her possession was a pair of magic breeches whose power was that whoever wore them could run as fast as the wind and never tire.

Many were in fear of Katla and steered well clear of her. Even the abbot himself had had his fill of the old hag´s boorish ways.

The abbot had a shepherd, Barði by name. The poor lad often bore the brunt of Katla´s rage if any sheep were missing. One autumn the abbot and Katla went off on a visit, though with the intention of riding home to the monastery that same evening. Katla insisted that the sheep be rounded up and be in the pen ready for milking when she returned. Barði set off to find the flock but the sheep were nowhere to be found. In desperation he put on Katla´s breeches, raced off and didn´t stop running till he´d found every single sheep and brought them home.

When Katla came back she knew at once that Barði had used her breeches. Such was her rage that she grabbed the poor shepherd and drowned him in a large vat of whey by the main entrance, leaving the body submerged. 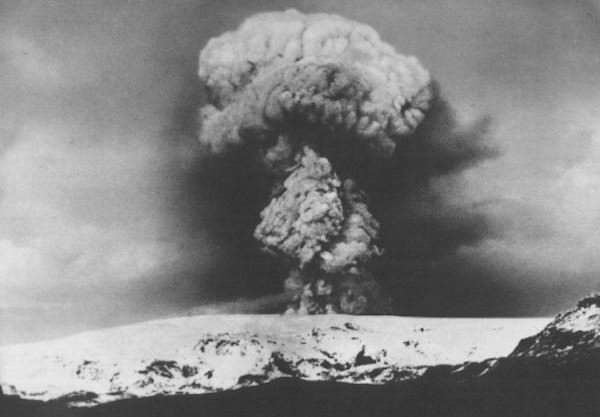 Everyone wondered as to what had become of the shepherd lad. As time went on and summer arrived the level of the whey in the vat dropped. When Katla went to the barrel people could hear her mutter, “Soon Barði will appear.”

When the hag realised that soon her terrible secret would be discovered, she put on her breeches and fled from the monastery northwards towards the Mýrdal glacier. When she got there she threw herself into a canyon that since bears the name Katla´s Canyon. A short time later a great flood of water gushed from the glacier and flooded the entire south coast. And so the name Katla has been given to that notorious active volcano lurking beneath the glacier cap.

Ever since people have believed that the glacial floods from Mýrdal glacier are the nasty work of that evil troll, Katla.”

*Þykkvabæjarklaustur monastery in the locality of Álftaver was established by Bishop Klængur in 1169. The monastery has a long and distinguished history and its first abbot was St Þorlákur, Iceland´s patron saint. 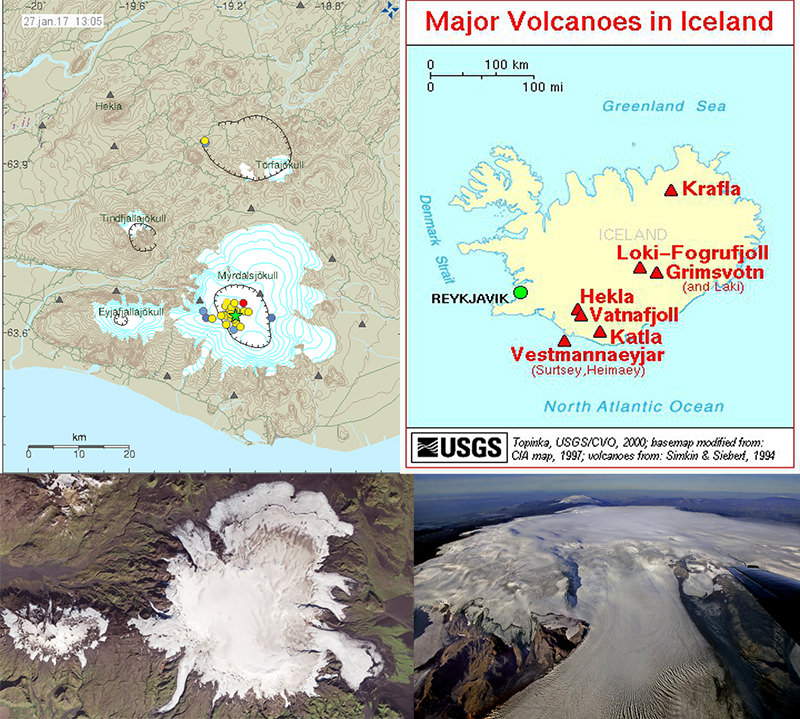 It´s a matter of time when Katla’s next eruption will be! Hopefully the release of my sock wool will not be the instigator!