The book Socks of Iceland is released in the form of a Club every Thursday and you can join any moment until its completion, the 31st of December! This is the second sock!

While Icelandic socks were very often plain like the previous Elín socks, model this was not the case with the traditional mittens from which I was largely inspired, for example in this model. Skrefbót socks (Skrefbót, which means gusset in Icelandic, also refers to a step). Their small, simple and repetitive stranded knitting pattern creates an almost double fabric and make them toasty. 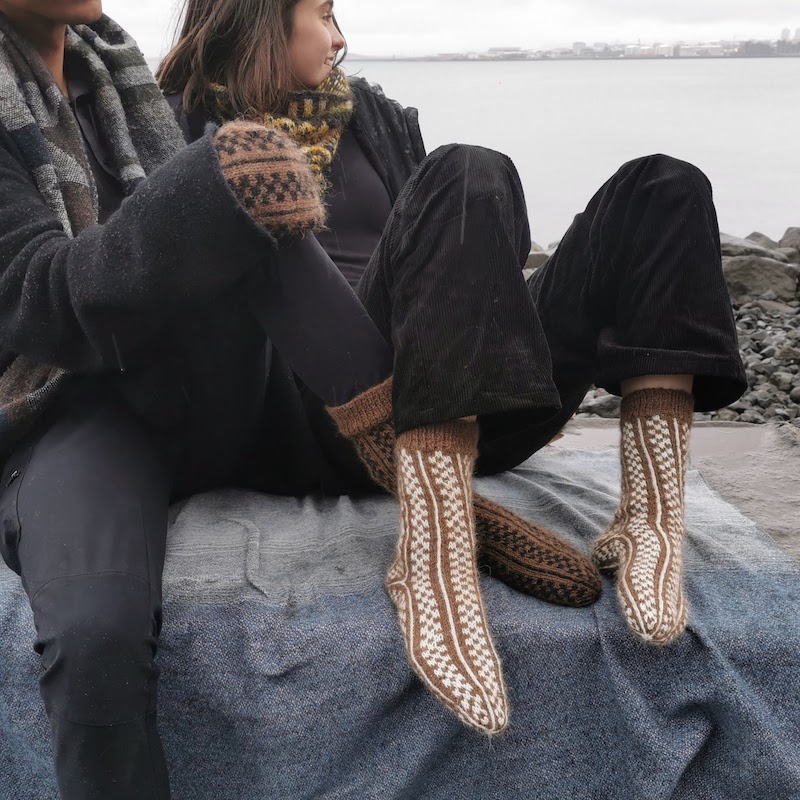 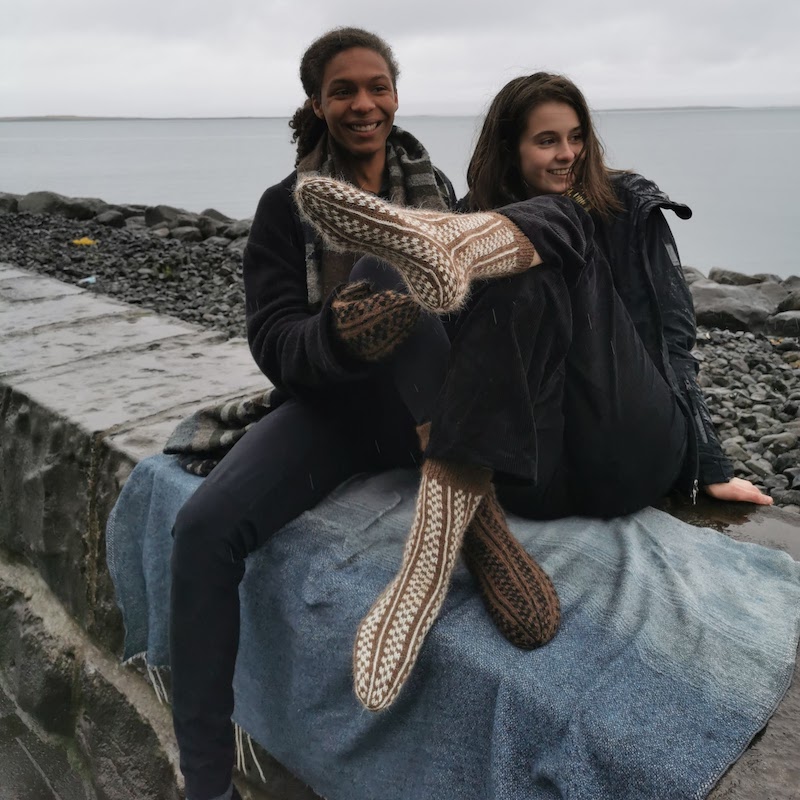 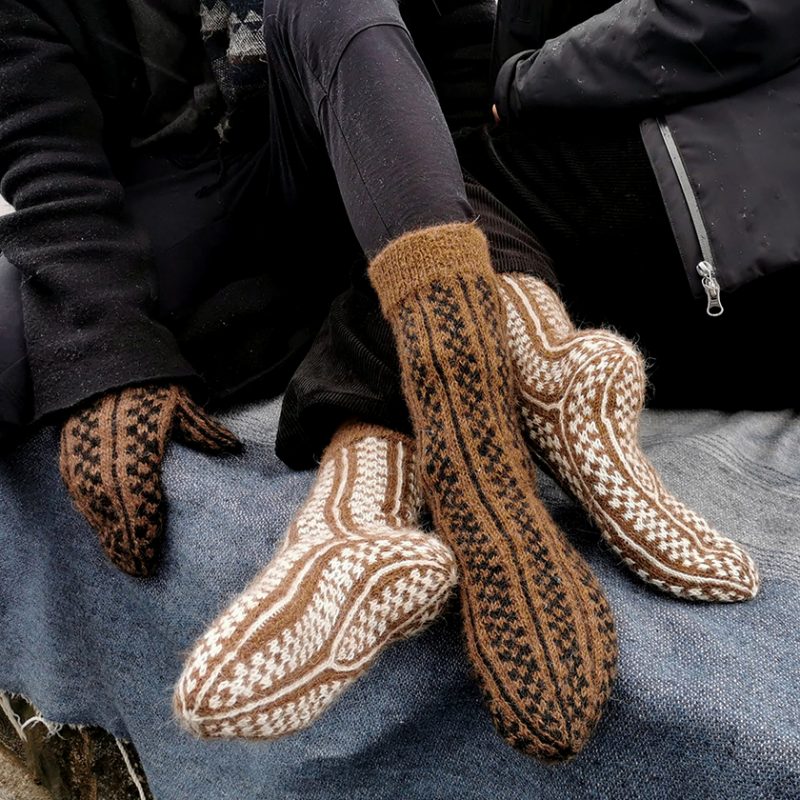 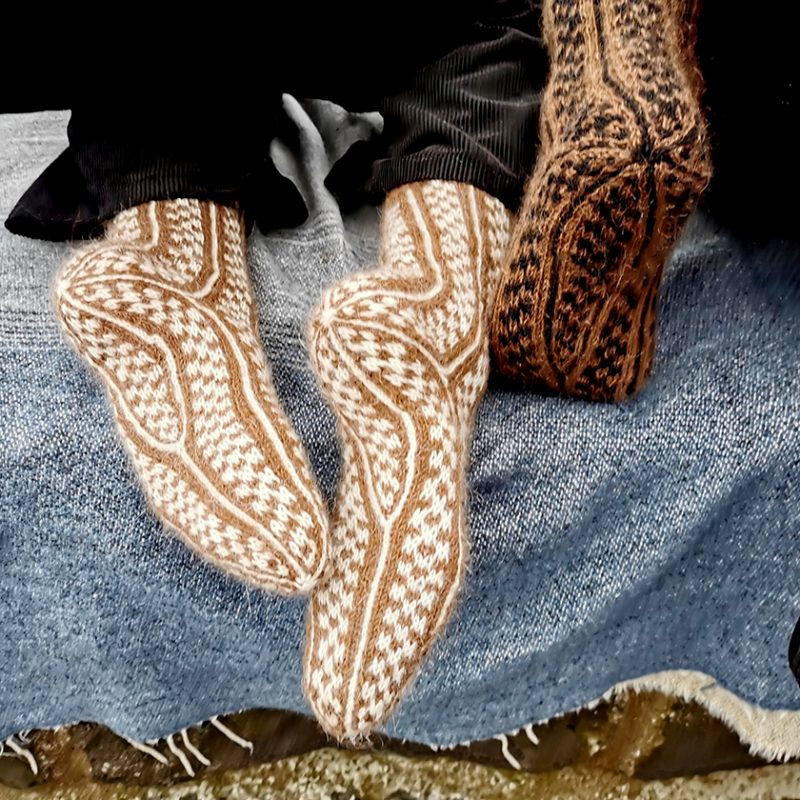 You might recognize the pattern in the Checkered Mittens from my book Icelandic handknits. 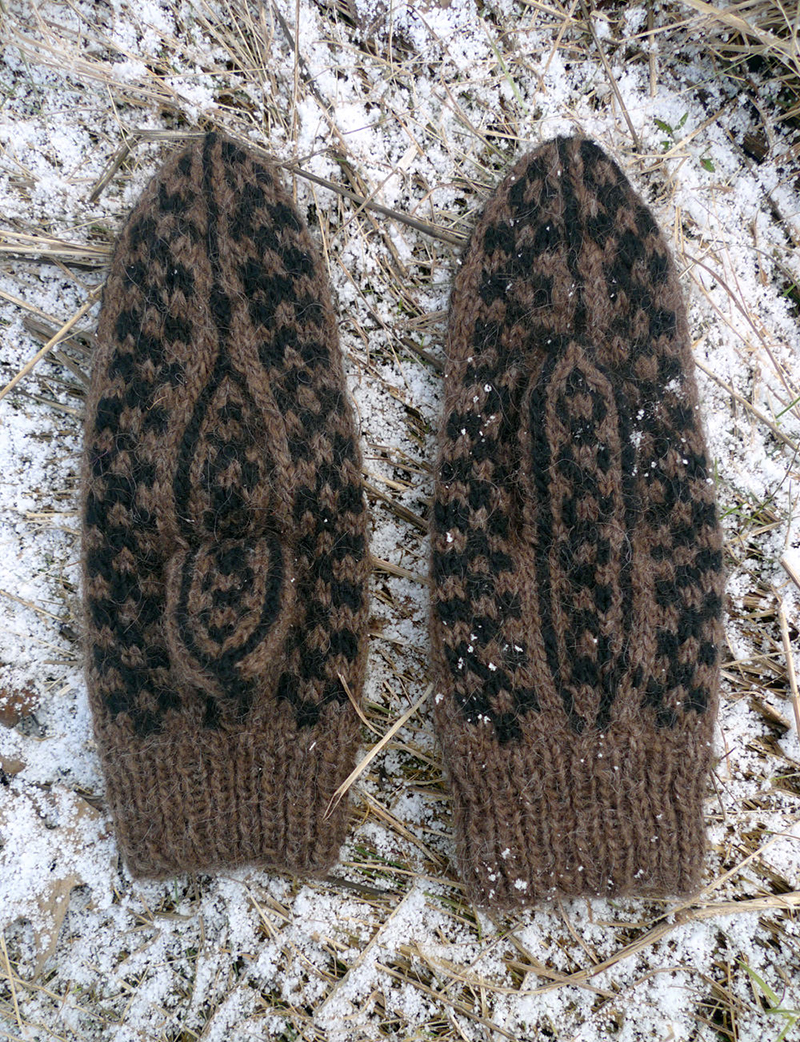 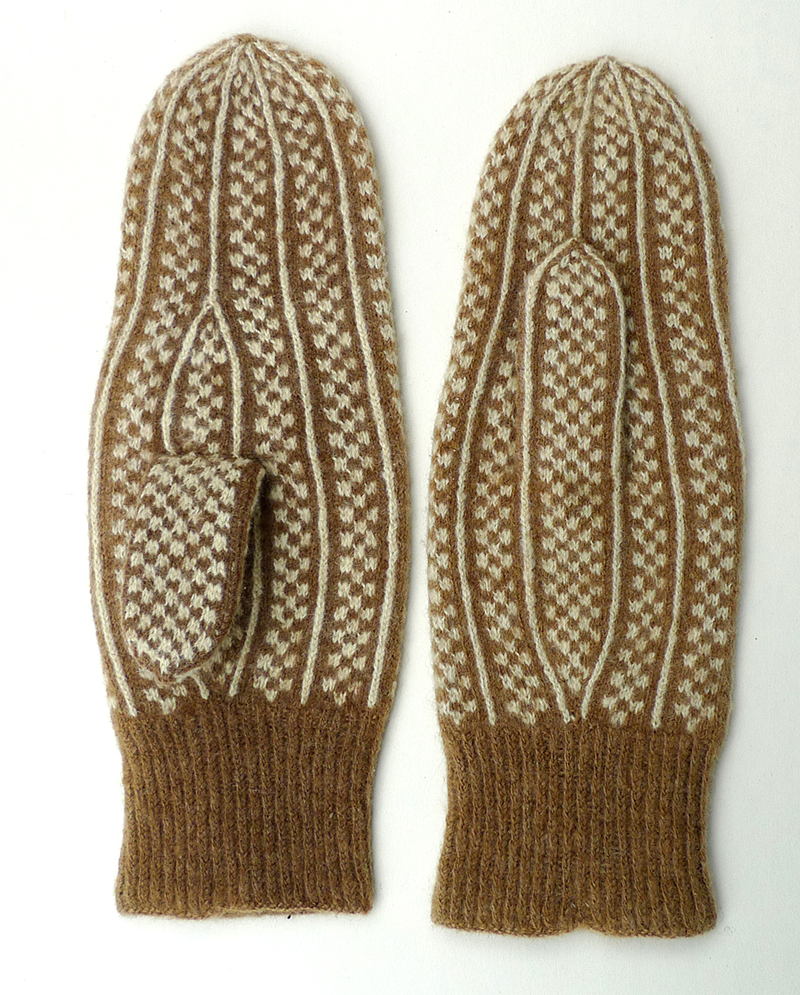 …that I even made a matching hat… 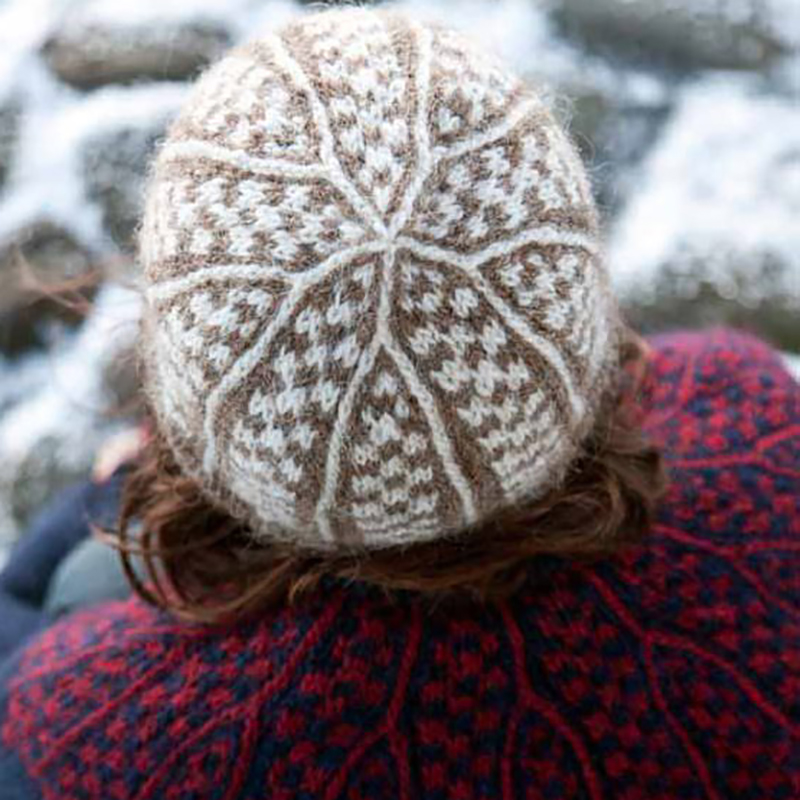 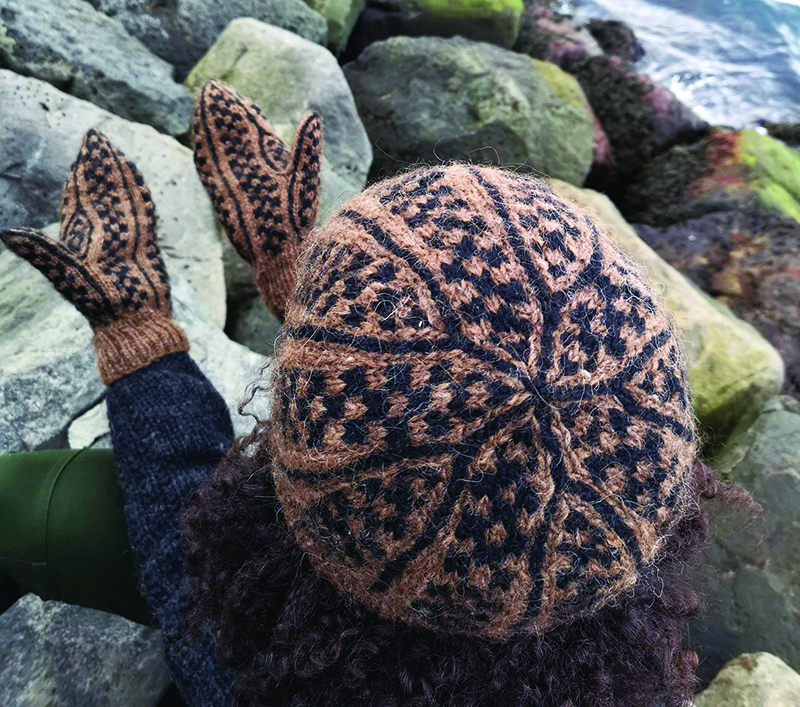 and a matching lopi sweater! 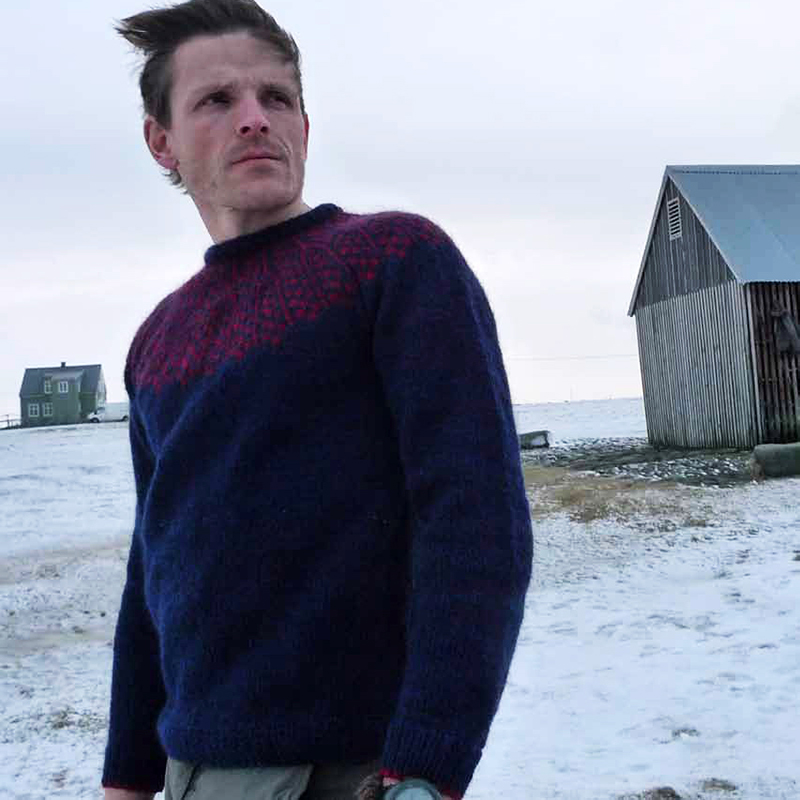 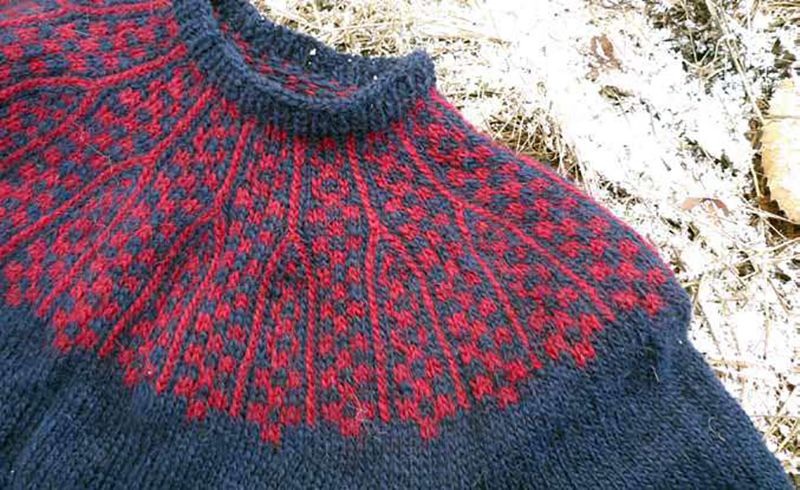 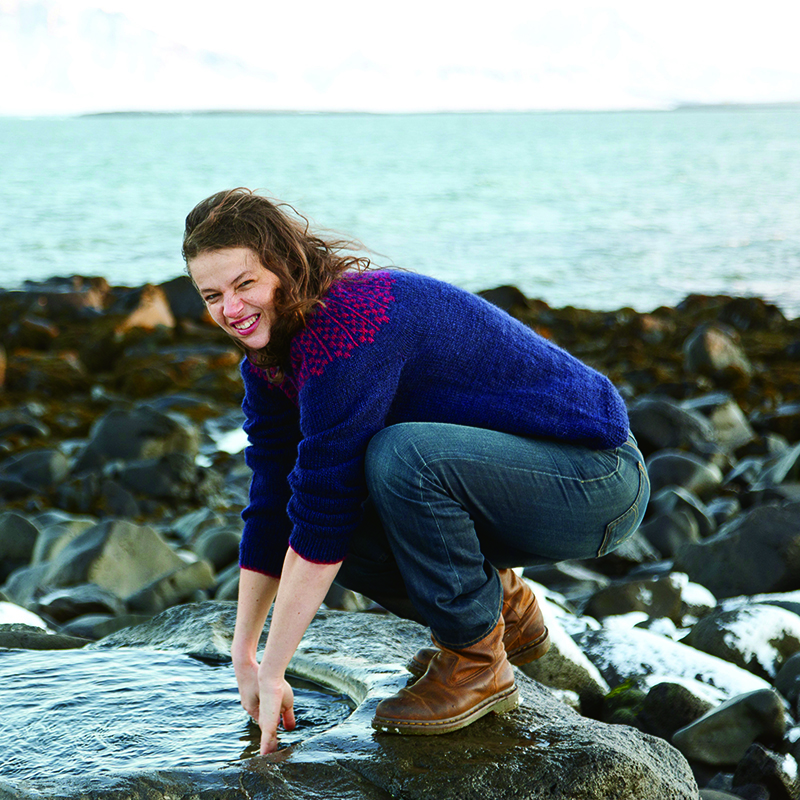 The Skrefbót socks start with a rounded cast on at the cuff. 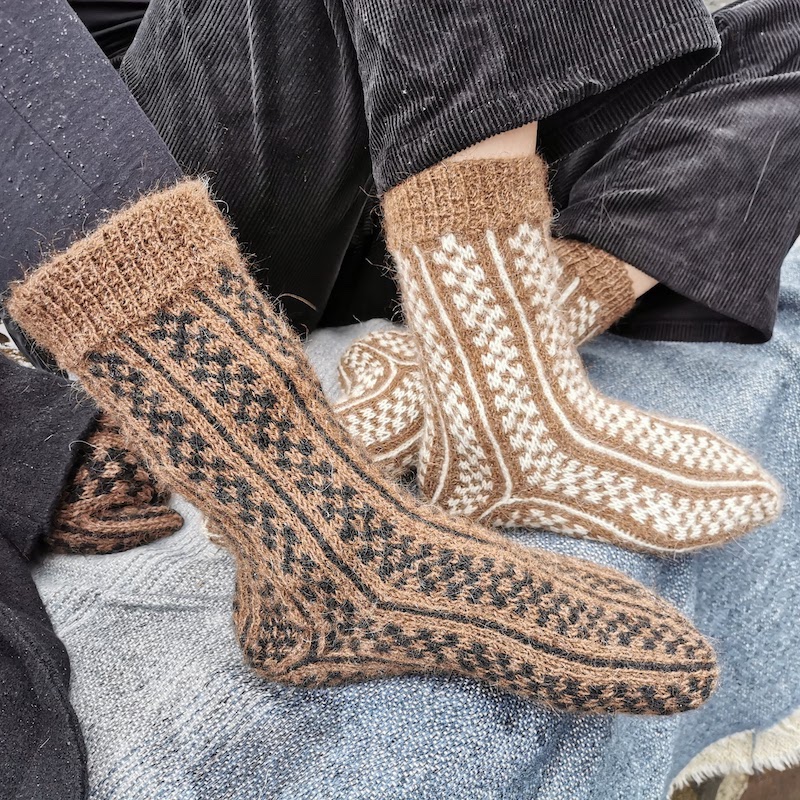 They feature an afterthought heel with the motif flowing into it. 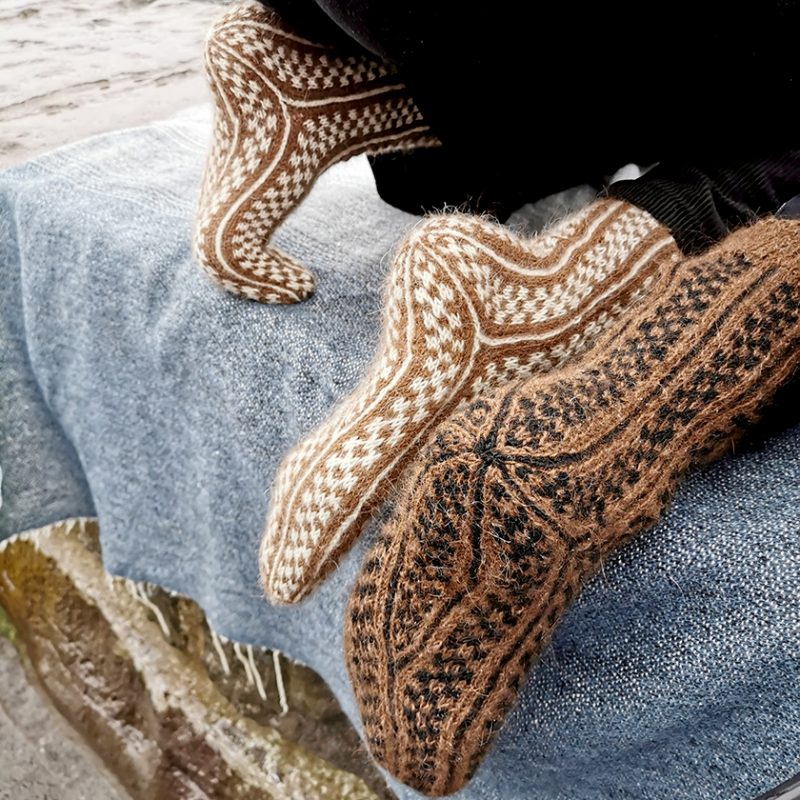 The heel and the toe are shaped with decreases within each motif repetition, creating a very pleasing patterning similar to the crown of a hat. 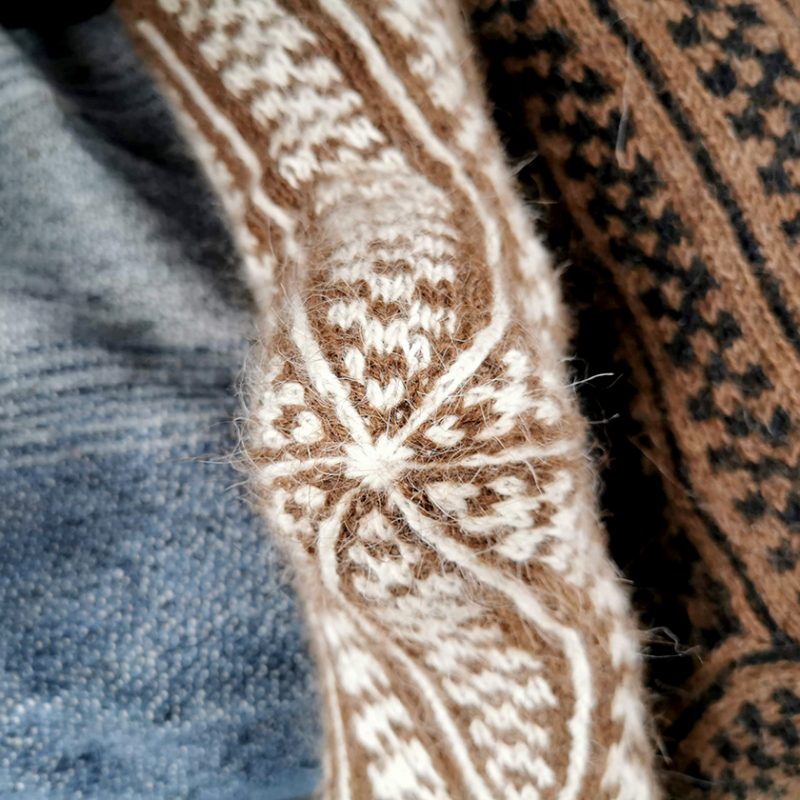 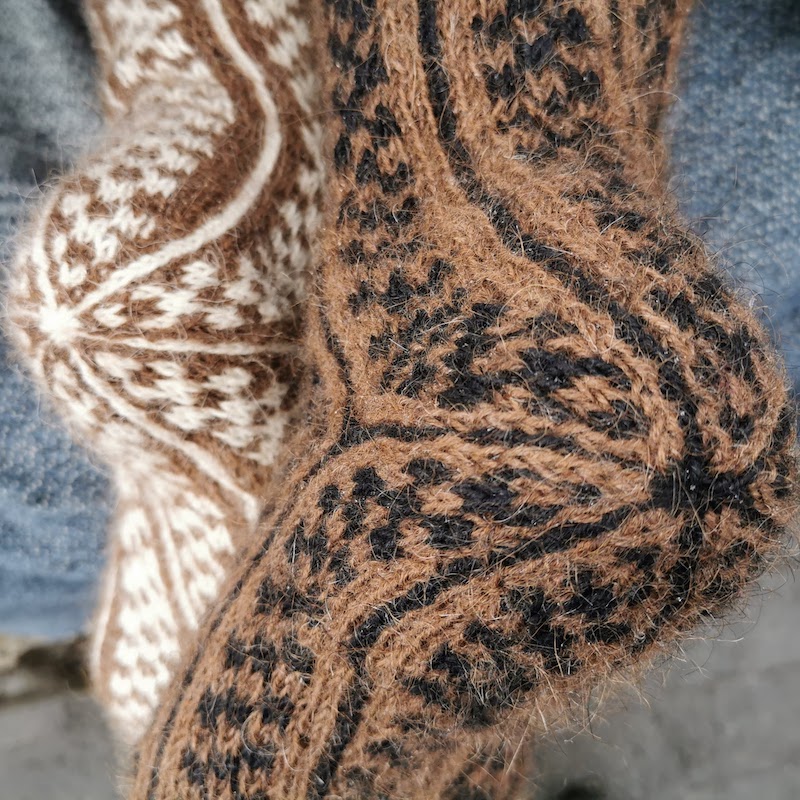 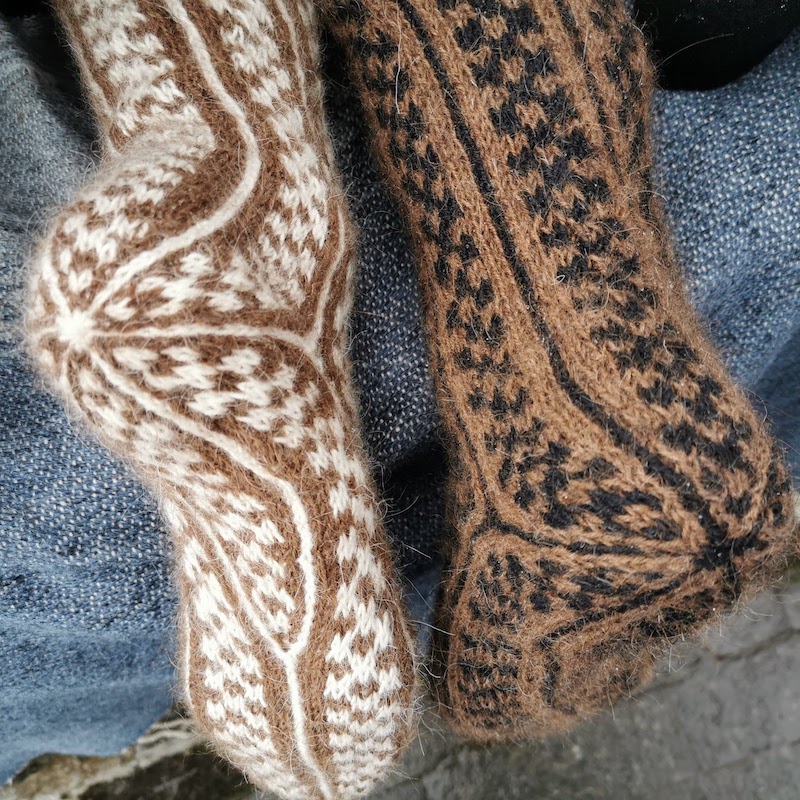 My “beloved” gusset is placed under the sole. This make the socks very comfortable to wear and easy to put on, despise the relative lack of elasticity of the checked motif itself. 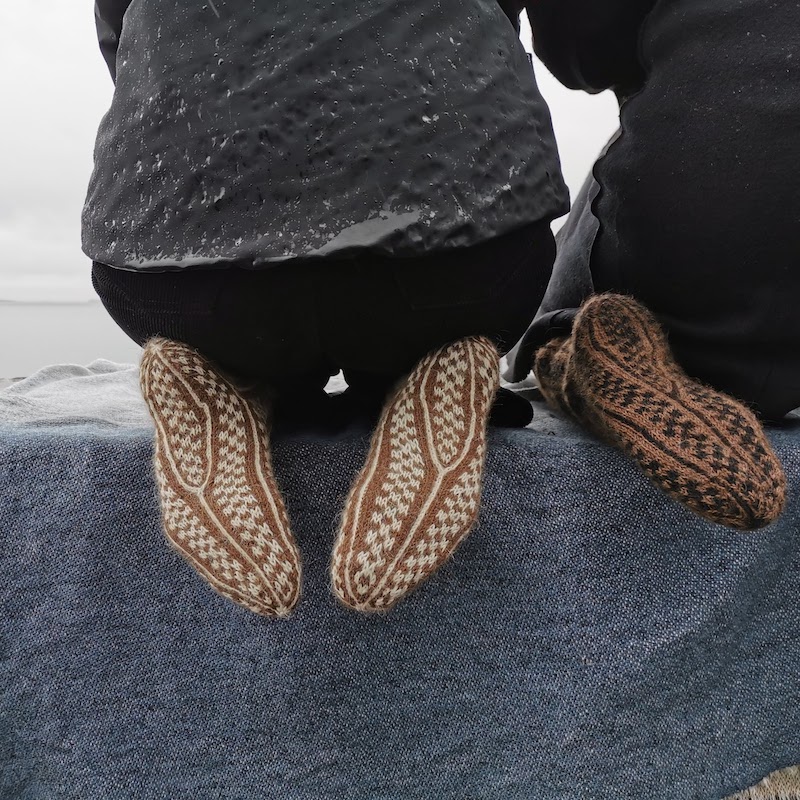 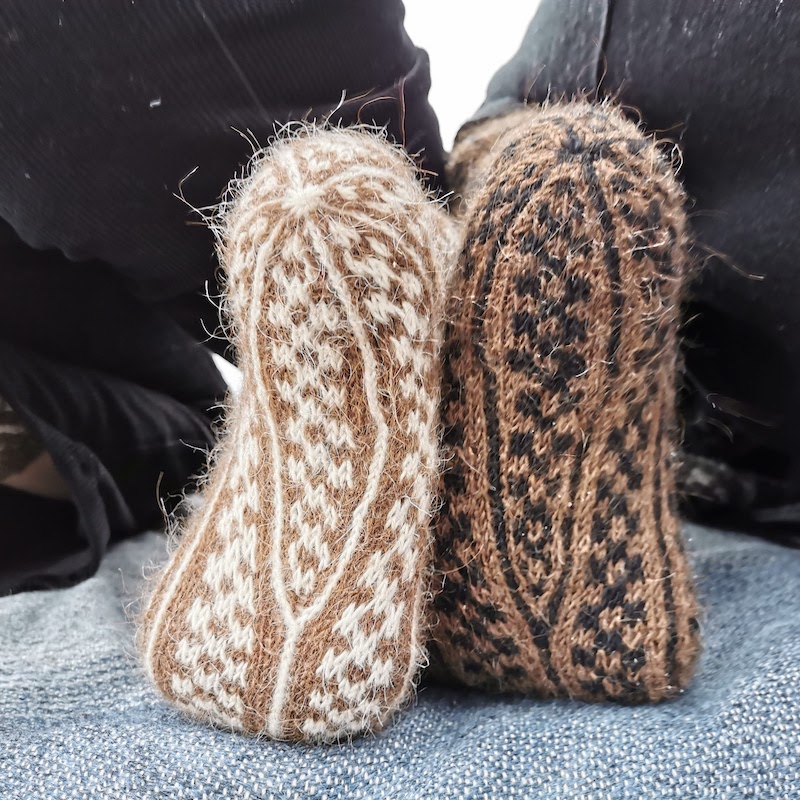 A big thank you to my daughter Sylvía and to Styrmir. He had already been modeling the hat and mittens from my book, and I had to have him again! 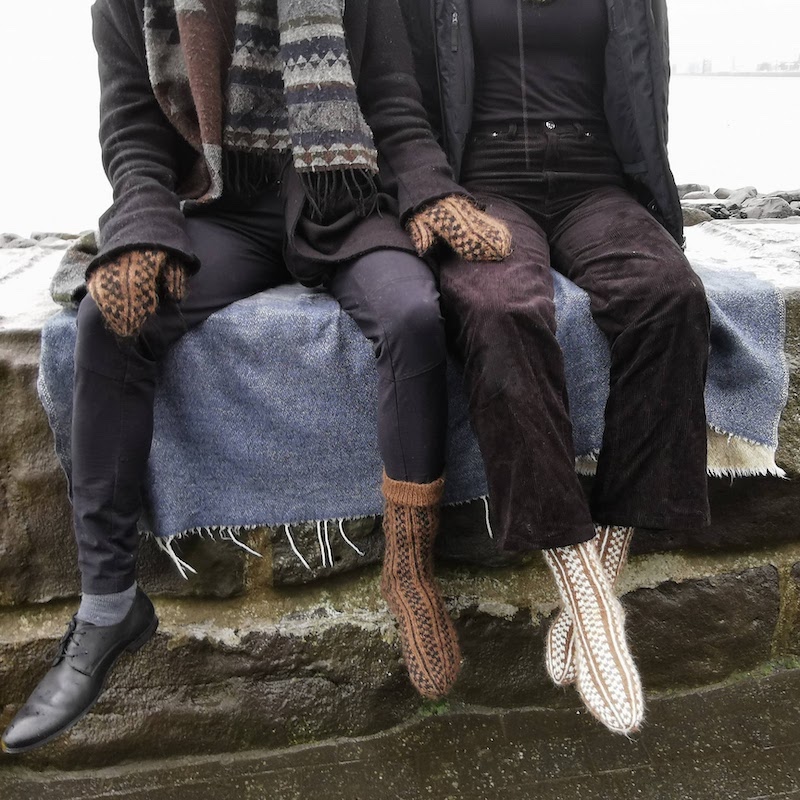 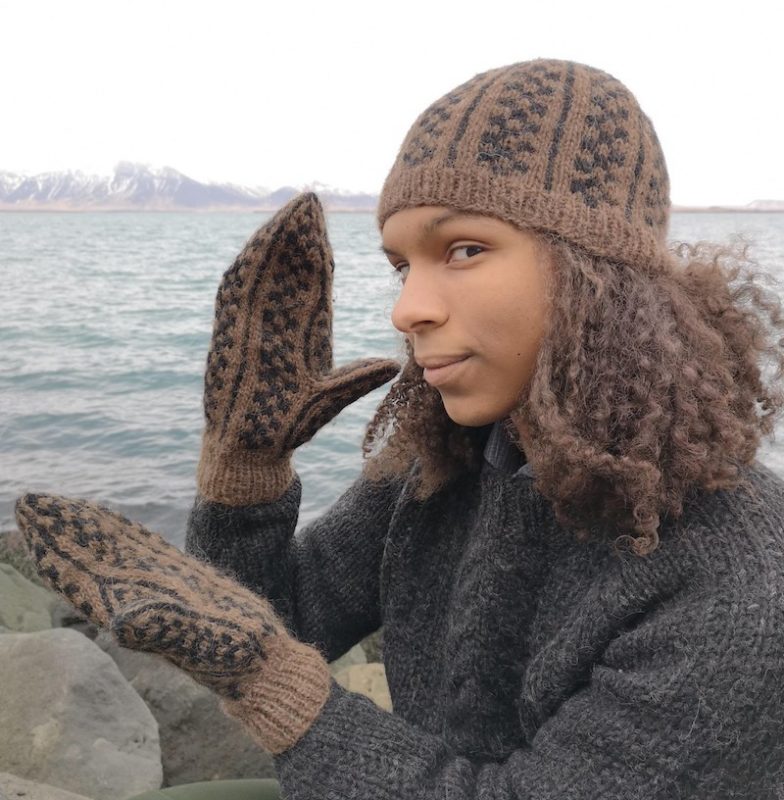 2 thoughts on “Socks of Iceland: Skrefbót”