Will the nasty Icelandic Christmas cat eat Theodóra? Was she lazy to knit? Will she get a new garter stitch shawl for Christmas, a warm and colourful rose-patterned blanket or a beautiful lace shawl from her aunt Bertha? How has your Theodóra been behaving?

The pattern for the doll itself is not included. New pieces of clothing are added regularly  to make a complete wardrobe for Theodóra: look for all the patterns of the dolls, clothes and accessories. She also has friends and family and comes alive in “The Adventures of Theodóra”, adorable short stories written by author Harpa Jónsdóttir.

Doll clothes: Will the Icelandic Christmas cat eat Theodóra? New pieces of clothing are added regularly  to make a complete wardrobe for Theodóra.

In Iceland, there is not one but 13 Christmas lads, called the Yule Lads. They come down from the mountains one by one. The first one arrives on December the 12th and on Christmas day they are all there, then they go back from where they came from in the same order, one by one. That is why Christmas lasts 26 days in Iceland. The Icelandic Yule Lads are ancient creatures from the Icelandic folklore.

“there are 13 Icelandic Christmas lads”
They are not nice guys, stealing and playing all sorts of tricks. Their names indicate the pranks they play: Sheep-Cote Clod is messing around in the shed, not knowing goats have very little milk at this time of the year, Gully Gawk prefers cow milk and cream, Stubby steals pans and eat the crust, Spoon-Licker is very thin of course, Pot-Scraper steals all the leftovers from pots, Bowl-Licker hides under the beds and wait until night to steal, Door-Slammer slams the door, especially during the night, Skyr-Globbler steals this traditional Icelandic dairy, Sausage-Swiper hides in the rafters and steal sausages that were being smoked, Window-peeper looks through windows for something to steal like children toys, Door-sniffer uses his sense of smell to find and steal Laufabrauð, the traditional Christmas leaf-bread, Meat-Hook uses a hook to snatch meat and Candle-Beggar steals the candles from the children to eat them – they were made of tallow…

“a nasty creature that eat children”
The mother of those guys is called Grýla and she’s quite nasty and horrible. She eats children that didn’t behave. The father is called Leppalúða and is, in my opinion, just a poor guy beaten up by his wife. Grýla has a cat but it’s not your favourite kitty, it’s a nasty creature that eat the children who didn’t get any new clothes for Christmas, meaning who didn’t get any new handknit as everything was knitted in those times. This was at least what was said to the children who were lazy at knitting…

Evelyn Clark is a designer who lives in the Pacific Northwest area of the US. She left a marketing career to live a simpler life and developed a passion for lace knitting.

You can read more about her, her relationship to Iceland and the fascinating story about her Icelandic aunt Bertha on the Issue 01 of the Icelandic Knitter and accompanying her wonderful design Icelandic Modern Lace Shawl, here. 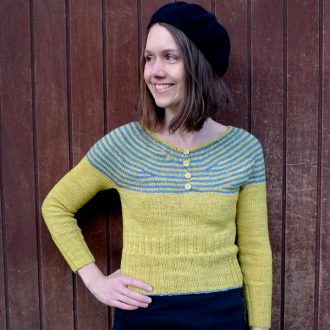 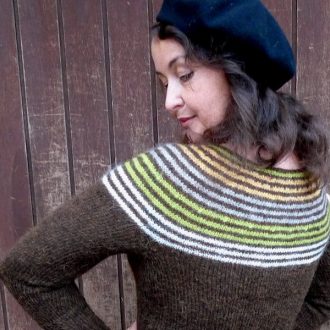 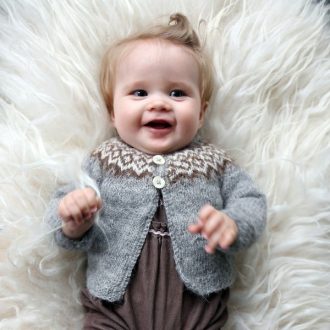 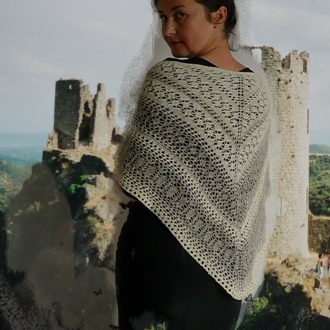 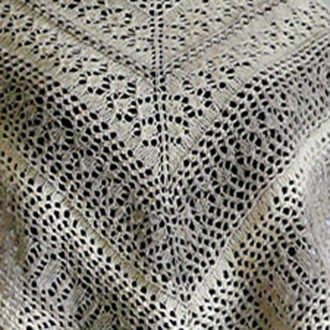 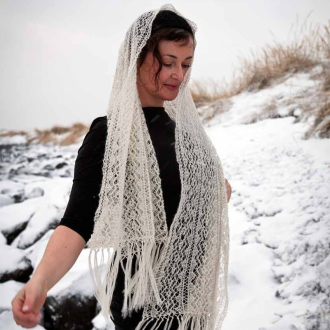 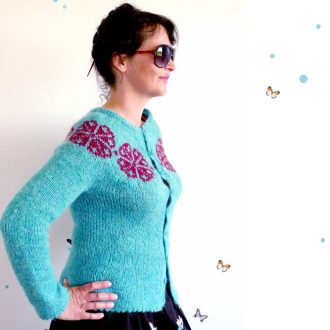 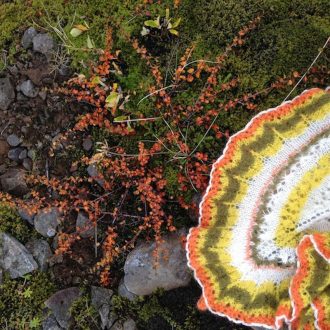