Ravens, with their simple beauty and impressive intellect, are an especially rich source of Norse mythology and played an important role in the settlement of Iceland. They inspired Stephannie Tallent a traditional yet modern pair of Nordic style mittens, very popular in Iceland.

Ravens, with their simple beauty and impressive intellect, are an especially rich source of Norse mythology and played an important role in the settlement of Iceland. Ravens can be found in Icelandic folk songs, in modern art, furniture design in Iceland, Hrafn is a popular name for men and Krummi is a cheerful nickname for both ravens and little boys. Ravens are here drawn on a particular type of mittens originated from Selbu. This type of mittens spread all over the world and were very popular in Iceland as can be seen in the Museums through out the country. Stephannie’s interpretation is both traditional and modern with a delightful Icelandic twist.

Corvids are Stephannies’ favorite family of birds and here is what she tells us about them:

“The members of Corvidae, the family that includes ravens as well as crows, jays, rooks, magpies, jackdaws and other birds, are known for their intelligence and versatility. Some of them, such as certain species of jays (the Green Jay and the various species of Blue Jays come to mind) can be quite colorful. The majority of corvids are engaging, noisy, social creatures. It’s the raven, and its smaller relative, the crow, that appear in various legends and myths from throughout the world, as well as mentions in contemporary culture and literature.

It seems ravens are either venerated or despised. Is Raven the god who brought light to the world, or the scraggly doomsayer croaking “Nevermore”? Are ravens the eyes of Odin, or the carrion eaters picking out the eyes of the dead? Certainly their inky black plumage, harsh cries, and habit of eating carrion didn’t endear them to everyone. Yet their qualities – intelligence, gregariousness, sense of humor, and resilience – has appealed through the ages. Huginn and Muninn, Thought and Memory, were the ravens Odin used to keep apprised of current events, and were indispensable to his rule. Inherent in this are the assumed abilities of ravens: intelligence (they could observe, decide what was important, and relay that to Odin) and skilled flight (traversing the known world daily). Odin is also known as the Raven God. Though ravens, being eaters of carrion (and thus slain warriors), were associated with battlefields and death, this wasn’t a negative within Norse culture – it simply was part of life and death. They were also closely associated with Valkyries. Ravens appear on various Norse battle standards and banners.

Stephannie goes on about the ravens:

“Ravens are the largest of the Corvid family. They tend to prefer wilder habitats (unlike the crow, which thrives in an urban environment). They mate for life, which, for a raven in the wild, can be thirty years (longer if in captivity).   They eat carrion, eggs, acorns, seeds, fledglings, fish, invertebrates – basically, whatever they can find and determine to be edible.  This latter ability perhaps offers one reason why ravens have to be smart – they need to be able to learn & assess potential foods. It also explains why they need to be cautious – not everything that initially seems edible may actually be edible.

They are incredibly acrobatic and agile flyers, seeming to delight in their abilities.  They also play.  They are accomplished mimics and can apparently associate the words they learn with what that means to the bird.

Corvus corax varius is the subspecies of raven that resides in Iceland.  It has a relatively larger wingspan and a thicker bill than other ravens.

Rarely seen are white ravens.  White ravens are leucistic, or having a reduction of all pigments, not just melanin (lack of melanin only causes albinism).  Mike Yip shows some lovely photographs (scroll down) at his site here:
www.vancouverislandbirds.com/Journal254.html

Stephannie Tallent is working as a small animal relief veterinarian in Southern California, which is the reason why she was able to tell us so passionately about the ravens. She loves incorporating traditional knitting techniques in new ways, including those from the northern countries, with new designs. She also works as a tech-editor for Knit Circus magazine and her first pattern book, inspired by the California Revival Style, will be published this winter by Cooperative Press

Techniques: provisional cast on, knitting in the round, stranded knitting, reading charts 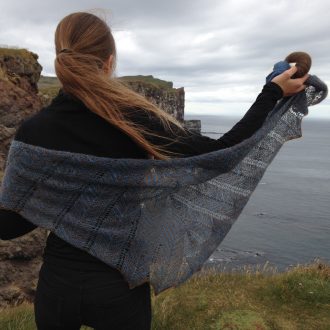 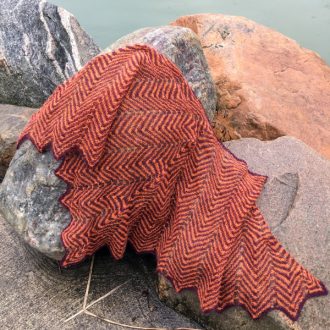 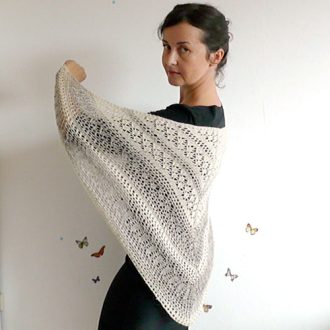 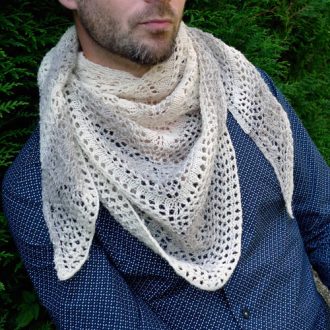 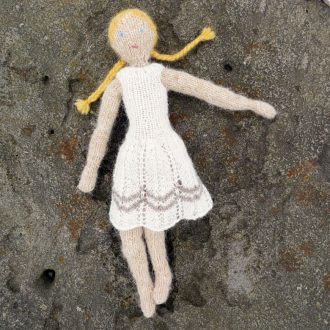 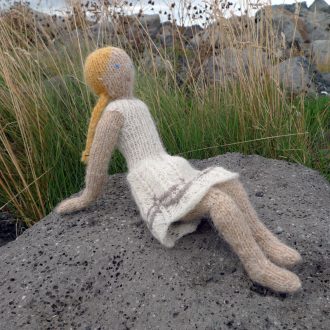 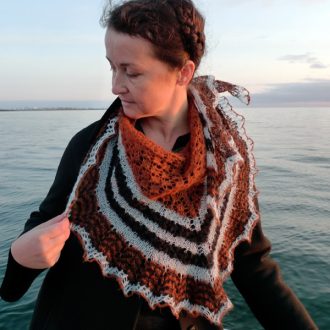 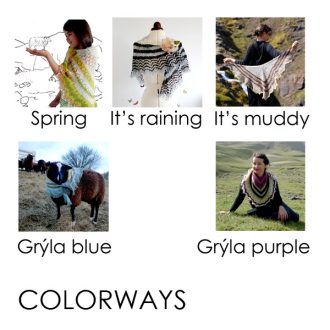 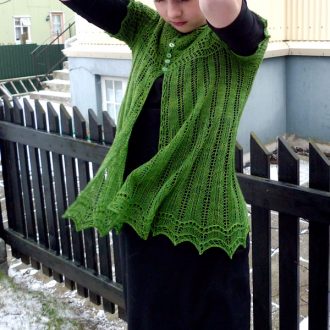 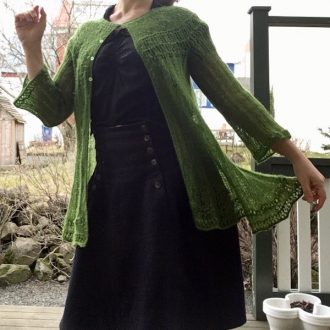 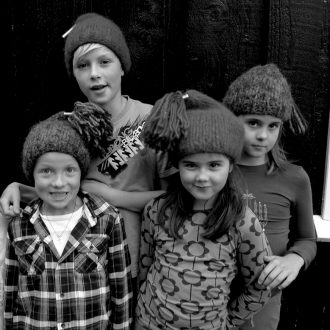