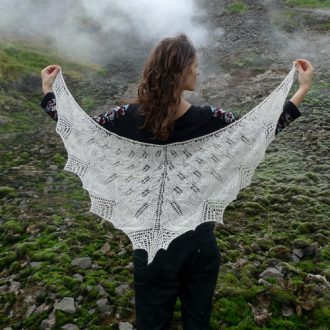 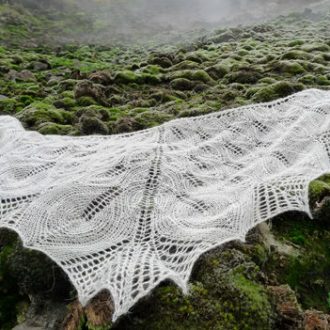 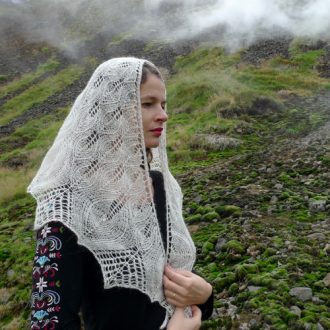 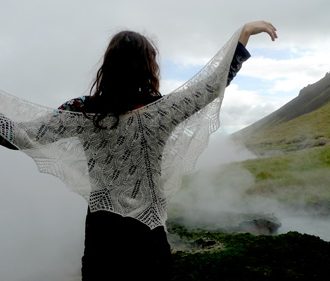 It’s the famous Icelandic saga of Niels the Burned that inspired this magnificent small shawl to Anna Dalvi. It is knitted with Love Story by Hélène Magnússon, an extra fine Icelandic lace made of pure Icelandic lambswool, specially selected by Hélène for its softness. Niels was sometimes called the White because of its very pale carnation but the shawl would look just as good in any of the 18 colors of Love Story.

Njáll’s the Burned Saga is one of the great Icelandic sagas, written in the 13th century. It’s a story of love and betrayal, honor and revenge. Arguably the most famous scene in the saga is when Njáll’s home at Bergþórshvoll is burned, and Njáll, his wife Bergþóra and several other men perish. The shawl depicts the flames during the burning. It shows the small flames near the bottom, and large flames on the top. The white color symbolizes Njáll himself, a wise and respected man, with a livid face.
The shawl is knitted with Love Story by Hélène Magnusson, a brand new 100% Icelandic yarn. This fine lace weight yarn is semi-crafted and probably the softest Icelandic wool on the market. This is a challenging lace project.

The designer: Anna is originally from Bohuslän Sweden, but has been living in North America since 1990. Growing up she always had a certain fondness for Norse Mythology, and that was cemented in university when she took a few classes on Icelandic Sagas. She has also been a member of Stämbandet – an a capella group located in Boston – where she discovered Icelandic folk music.

Anna has been publishing knitting patterns on-line since 2007. In her knitting, Anna enjoys variety more than anything else – from intricate lace to sprawling cables, and differences in colour and texture. Her most popular designs are the Mystic lace shawls, published in a mystery knitalong format, which have attracted 4,000+ knitters worldwide. She recently published a book, Shaping Shawls, Cooperative Press 2011.

Errata: mistakes were unfortunately found in this pattern. Look for the errata. 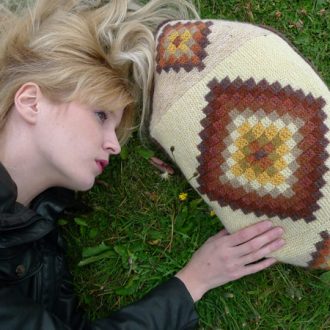 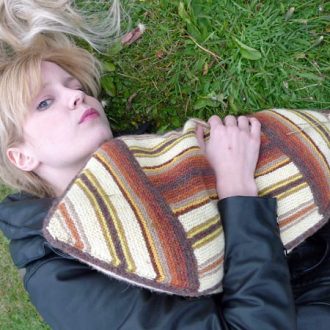 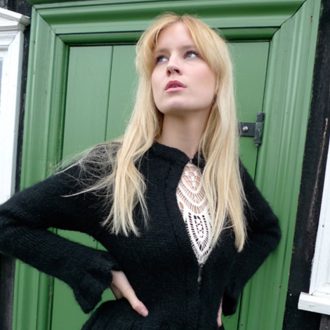 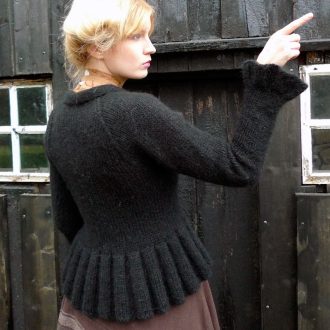 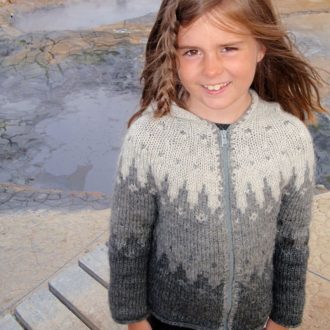 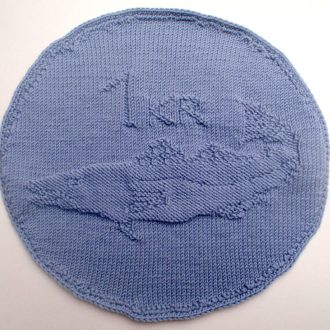 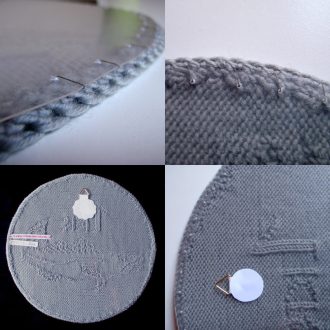 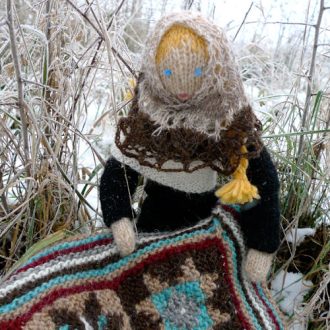 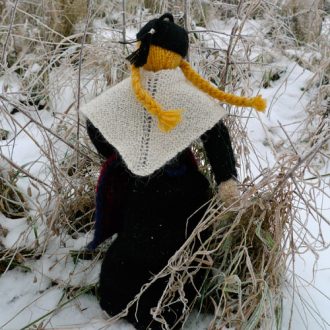 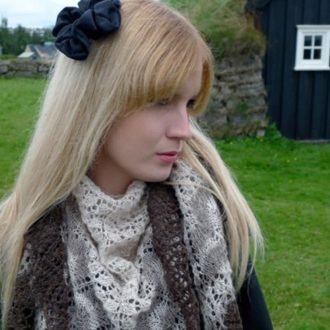 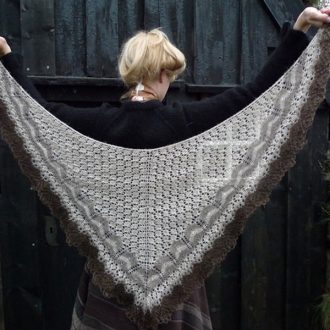